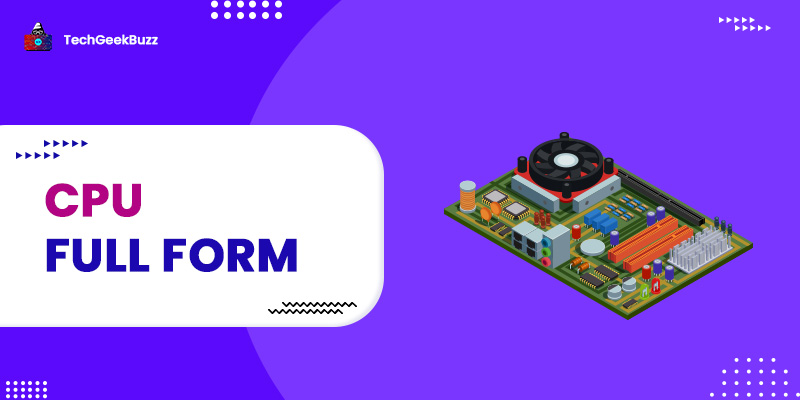 It is also known as the central processor or main processor of a system, an informal definition termed CPU as the brain of the Computer system. It is the electronic circuit present in the system which is responsible for the execution of instructions that are in the form of Programs.

CPU performs basic operations such as arithmetic, logic, controlling, and Input/Output. Generally, the processor of the system is referred to as the CPU. Since 1960, there have been many changes brought in the CPU architecture , but the fundamental operation of the CPU remained the same.

This section of the CPU deals with Arithmetic logic such as Addition, subtraction, Multiplication, and Division.

This section provides and supplies operands to the ALU, these are the small memory blocks which directly connected to the CPU processor.

It plays a vital role in the CPU; it decides which operand should be fetched for the execution.

The main purpose of the CPU is to execute a sequence of instructions which is known as a program . Instructions that are supposed to be executed by the CPU are stored in the memory so the operation of the CPU includes fetching the instruction from the memory, decoding, and executing them.