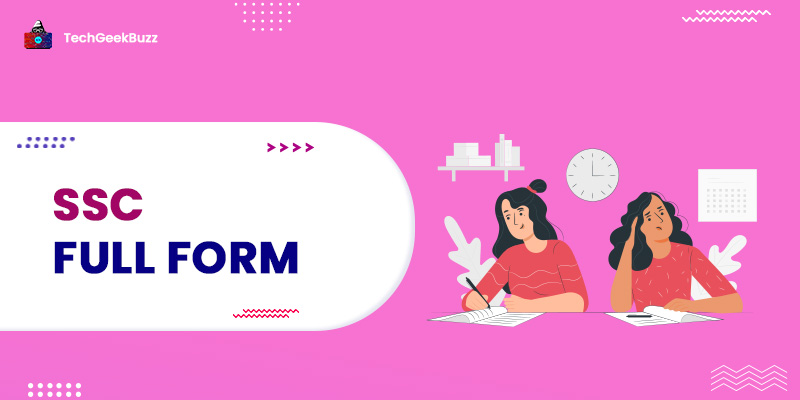 SSC is an Indian organization that stands for Staff Selection Commission. Primarily SSC hires for several posts in many different Ministries and Departments of the Government of India and also hires for many subsidiary offices. Besides being directed by a chairman, there are two members and a Secretary-cum-Controller of Examinations that help with the regulation by providing the necessary leadership to the chairman.

The headquarters is situated in New Delhi, India. However, there are also numerous office setups in many other regions like Allahabad, Mumbai, Kolkata, Delhi, Chennai, Guwahati, Bangalore, and two sub-regional offices at Raipur and Chandigarh that allow smooth conduction of exams.

With the availability of more than 20 categories of jobs ranging from group B to group C, the Staff Service Commission conducts competitive examinations to hire for several services and posts.  Graduation in any stream via any recognized university makes a candidate eligible to apply for the SSC exams. Postings like sub-inspector and narcotic department require the candidates to give physical fitness and measurements.

Major Functions of SSC are to conduct the following:

Other than Staff Selection Commission, SSC also represents Secondary School Certificate. Matriculation examination is a public examination which is also known as School Certificate Examination or is sometimes referred to as SSC. Most popularly known as the 10th board exam, 10th-grade students appear in this exam as and when conducted by several boards of education, including the CBSE board as well as other state boards. Held in many states of India, Pakistan, and Bangladesh, SSC corresponds to GCSE in England and follows Higher Secondary Certificate (HSC).

The structure for examination differ from board to board; many states in India, like Tamil Nadu, Gujarat, Kerala, Maharashtra, Andhra Pradesh, Goa, and Madhya Pradesh, hold SSC examination. Grades or percentage is assigned to the students according to their performance in the exam. Over 1.3 million students appeared in this exam in 2014 in India itself.

Common subjects for SSC exams are:

Exams are held at the national level by the Central Board of Secondary Education annually in the month of March or April, with a different syllabus for different exam boards of respective states. Candidates must enroll themselves in a central or state-level senior secondary school to be able to apply for this SSC examination.