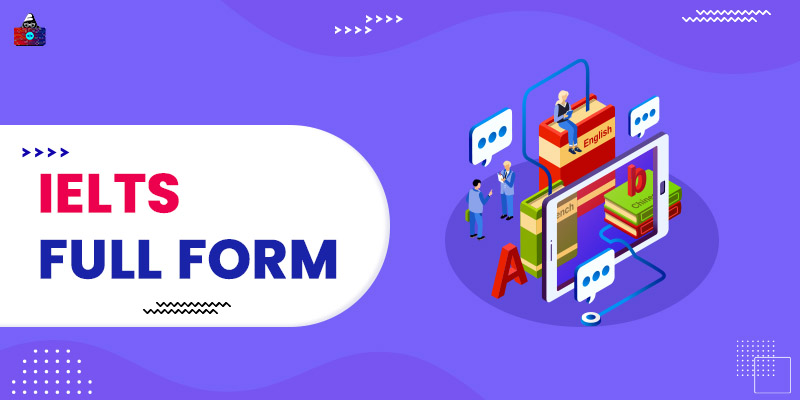 It is an international standardized English test conducted by the cumulative standards of the British Council, IDP: IELTS Australia, and Cambridge Assessment English.

This test is used to check the proficiency of a non-native English language speaker if he or she applies for any institutes and immigration in countries like the USA, Australia, Britain, Canada, Ireland, and New Zealand. This test system was established in 1989 and is managed by the British Council, IDP: IELTS Australia, and Cambridge Assessment English. IELTS is considered one of the major English-Language tests across the world, though there are many other English tests such as TOEFL, TOEIC, PTE, and OPI/OPIc.

Many English countries like Australia, British, Canada, Irish, the USA, and New Zealand accept IELTS, and in the USA itself, more than 3,000 academic institutes and academic professional enterprises accept only IELTS . In the UK, the UK Visas and Immigration (UKVI) authority which deals with the inside and outside visa application accepts only the IELTS English language test, though other countries' visa authority accepts IELTS and other English tests too.

In this, there is no minimum score required to pass the test, the result issues a “band number” to the candidate from “band 1” to “band 9”, where band 1 represents the non-user and band 9 represents the expert user. Different institutes have different thresholds for the test score.

If a student did not give the test his/her score would be considered as “band 0”. The score of the test is valid for only two years.

There are two versions of IELTS:

The main objective of IELTS is to test the proficiency of non-native English speakers in English, and ranked that person from a range of non-user to expert users so he or she can apply for higher education or immigration process. Here are some characteristics of IELTS:

The complete test is divided into 4 parts: