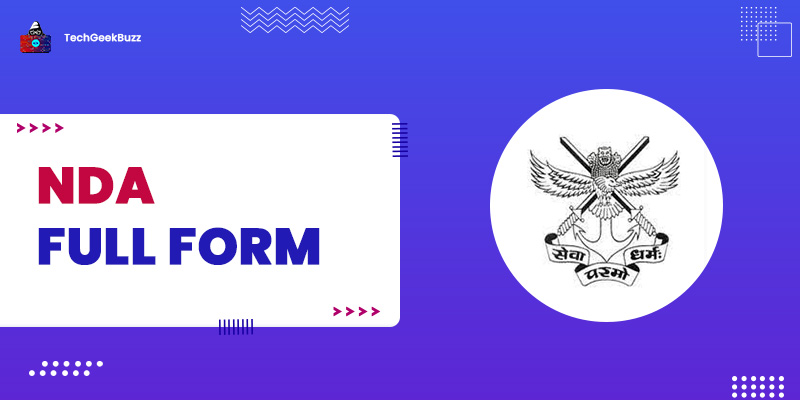 NDA can have two different meanings. They are:

NDA is an abbreviated form of National Defence Academy

NDA stands for the clubbed services of all the three services in India i.e. the army, the navy and the air force, joined together to get training on common ground. This is the basic training for all of the three different services. After this, the individuals are sent to their respective academy where they are trained specifically for their services also called pre-commissioning training.

All around the world, NDA is the first Academy to provide joint training to all three services. The NDA is located in Pune near Khadakwasla, Maharashtra.  NDA has been a part of many major wars and fights involving Indian Armed forces. It has produced gallant officers. Over the course of time, it has achieved 3 ParamVir Chakra and has been nominated for 9 Ashok Chakra recipient. 27 service chiefs are produced by NDA to date.

National Democratic Alliance as its name suggests is a joining of political parties that came into presence in 1998. This coalition came into presence under the leading spirit of the Bharatiya Janta Party. NDA included a total number of 13 constituent parties. This joining party stayed first from 1998-2004. The first Prime minister of who leads this combination of the party was Mr. Atal, Bihari Vajpayee. He was also nominated by the respected award of “Bharat Ratna”.

NDA is constituent of following parties: