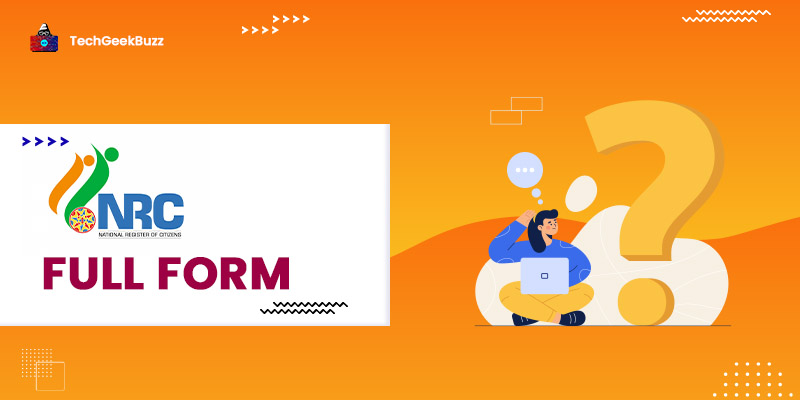 It is a register which holds name and information of citizen of Assam state and is maintained by the Government of India.

NRC is only applied for Assam and it was formed after the 1951 Census of India. Since the census of 1951, the NRC has not been updated, but now they are updating it for those people and their decedents who have registered in NRC by then.

After the formation of Bangladesh, people of Bangladesh are illegally migrating to India. So to stop this illegal migration after the 1951 Census, Indian Government created NRC under the directive of the Ministry of Home Affairs.

The idea was simple, register all the people of Assam in NRC and provide them with the Identity certification of India and stop the further illegal Migration, but this idea failed because the implementation was not so strong. Now they are updating the NRC and allowing only those people to register whose names appeared at least in any of the Electoral Rolls published for any of the then assembly constituencies within the territorial limits of present-day state of Assam up to midnight of 24 March 1971. Alongwith that the descendants of such persons presently having permanent residence within the state.

The main purpose of NCR update in Assam to identify Indian citizens among all the present residents of the state. Those who will be found illegal migrants during the NRC updating would be put through under judicial and legislative considerations.

Eligibility Criteria to Register for NCR