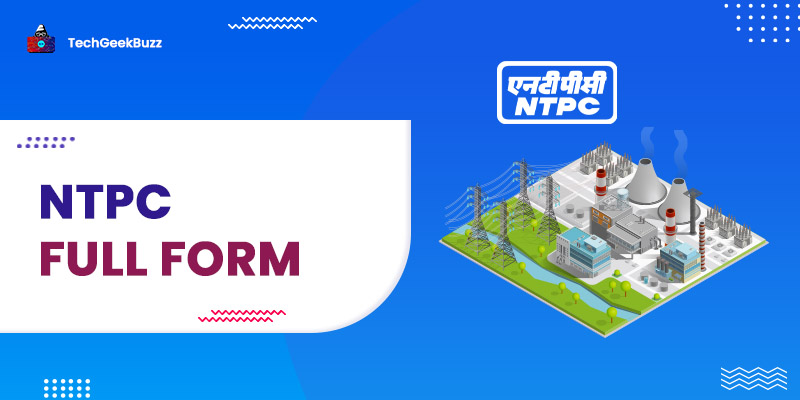 NTPC Full Form is National Thermal Power Corporation. It is an Indian Public sector which deals with the generation and sales of electricity along with some allied activities. The Headquarters of NTPC is located in New Delhi, India.

The main business of NTPC is to generate and sell the electricity to the state-owned power distribution Electric board. Apart from this, NTPC also deals with consultancy and turnkey project contracts such as engineering, project management, construction management and operation and management of power plants.

In 1976, NTPC started its first thermal project at Shaktinagar, Uttar Pradesh, and in 1983 it began its commercial operation of selling power, as a result, it earned a profit of 4.5 crores.

Some Achievements of NTPC