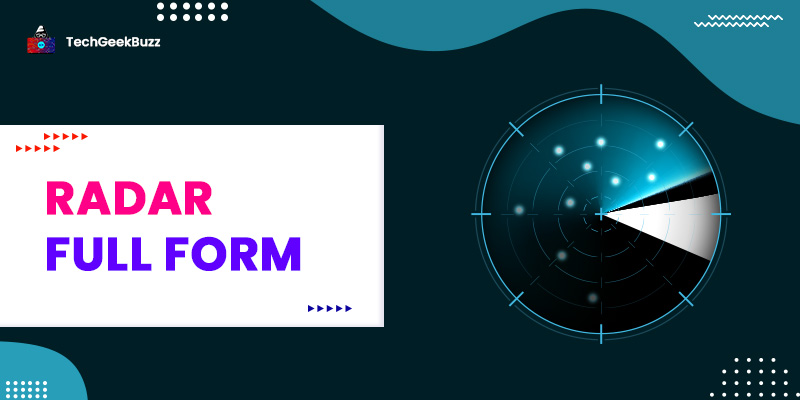 RADAR full form is Radio Detection and Ranging. It is a device that uses radio waves to determine the range, angle, and velocity of objects. There are various direct applications of RADAR devices, such as it is used to detect airplanes, ships, spaceships, missiles, vehicles, weather information, and terrain. RADAR uses a transmitter to produce electromagnetic waves, like radio waves and microwaves. These waves transmitted through a transmitting antenna hit the object and are reflected back. The reflected waves by an object are received by the receiver antenna.

During World War 2, militaries of several nations secretly developed the Radar system. The idea of creating such a device came from the cavity magnetron (the high-powered tube that can create microwaves). In 1940, the US Navy gave this system the name Radar, which stands for Ra dio D etection A nd R anging.

The radar system transmits radio waves that are also known as radar signals to specific directions. When the signal hits an object, four phenomena happen; reflection, scattering, abortion, and penetration. The reflected signals or waves read by the receiver get converted into a proper message. The reflected waves are not so strong because penetration, scattering, and absorption of waves attenuate the signal strength. Thus, we use some sophisticated methods of signal processing to recover the complete signal.

Radar full form is radio detection and ranging. It is a technology that uses radio waves to detect the angle, distance, and/or velocity of objects. It is a popular technology that finds a range of uses, ranging from defense purposes to navigation. People are also reading: