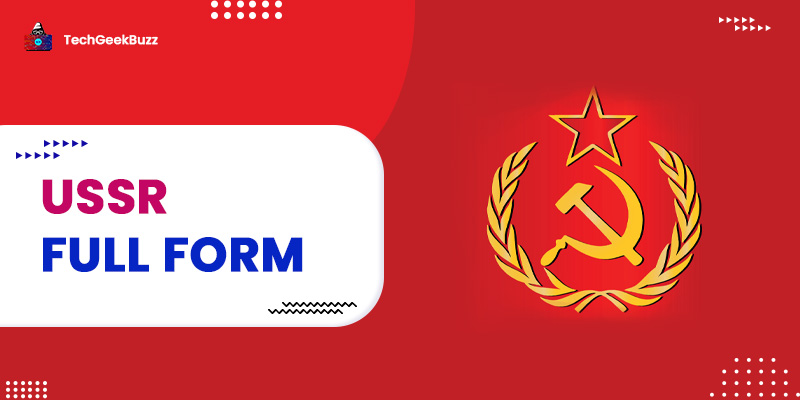 USSR Full Form is Union of Soviet Socialist Republic, and it is also known as the Soviet Union.

From 1922 to 1991 USSR had the largest land area about 22,400,000 sq. kilometres, which comprise half of Europe with one-third of North Asia and it had more than 100 distinct nationalities. USSR increased its empire from east to west, which covers all the area from Baltic Sea to the west, Cape Dezhnev on Bering Strait. The U.S.S.R. was the successor to the Russian Empire of the tsars. Following the 1917 Revolution, four socialist republics were established on the territory of the former empire: the Russian and Transcaucasian Soviet Federated Socialist Republics and the Ukrainian and Belorussian Soviet Socialist Republics.