Difference Between TCP vs UDP 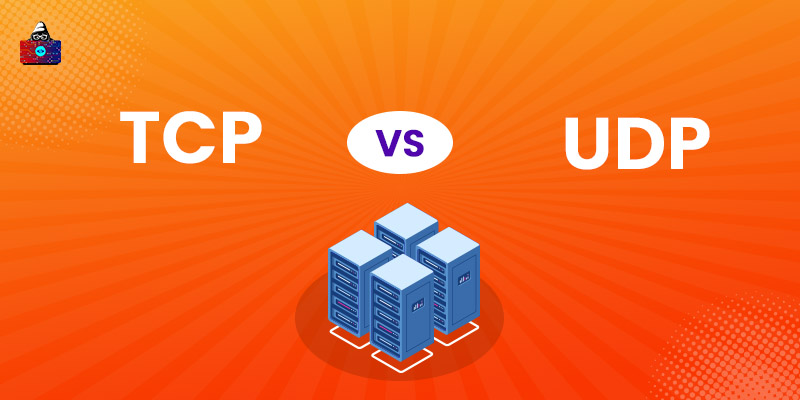 Welcome to an in-depth discussion of the difference between TCP vs UDP. In the Transport layer (of the OSI model), we have two protocols that we use to send the data from one system to another. These protocols are TCP/IP and UDP. Both TCP and UDP are capable of sending bits of data, also called packets, over the internet. When we send data over the internet, it is transported in the form of packets, no matter which transport internet protocol we use. Although we use many other Internet protocols to send the data, in most cases, we either use TCP or UDP. Here in this article, we have covered the difference between TCP vs UDP, in detail. Before comparing these two terminologies let’s have a brief introduction of both.

What is TCP ? (Transmission Control Protocol)

TCP stands for Transmission Control Protocol, and it is the most used and common protocol on the internet. Whenever we want a computer to communicate with another computer, the communication between those two needs to be robust and reliable so the data sent from one computer reaches another computer wholly and in a correct format without any distortion or missing data. So, if we want the data to reach the receiving computer without any distortion, we have to use TCP. It ensures that the receiver receives all the data completely and in the exact order it was sent. There are other protocols that can also transmit data from the source computer to the receiver computer. In those protocols, however, there is a possibility of losing some of the data during transmission, which can cause an error in the complete file. 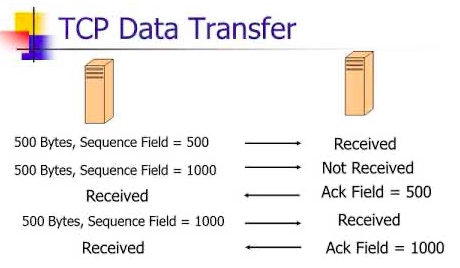 From robotics to internet communication, TCP is used everywhere. Here are some real-time applications of TCP/IP that you should know:

Advantages and Disadvantages of TCP

What is UDP? (User Datagram Protocol)

UDP stands for User Datagram Protocol, and it is very similar to TCP. Like TCP, we can also use UDP internet protocol to send and receive data from one computer to another. Unlike TCP, however, UDP is a connectionless protocol, which means there is no session set up between the sender and receiver before sending and receiving data.

How does UDP Works?

As there is no session between the sender and receiver computers, so there is no question of acknowledging or rejecting any transmission. Consequently, this makes the protocol vulnerable and fast at the same time. It is also known as the Fire and Forget protocol because UDP does not concern about the quality of the sending and receiving data. When users send data, there is a possibility that the receiver does not get the complete file. Like TCP, UDP also sends data in packets, but here it does not guarantee the order of data packets. It might be possible that the data received by the receiver is corrupted or not complete.

Advantages and Disadvantages of UDP

Difference Between TCP vs UDP: Head to Head Comparison

So, now that we have covered both TCP and UDP in detail, it's time to get the difference between TCP vs UDP going. To make the information easily digestible, here we are detailing the differences between the two popular network protocols in a tabular form.

When to use TCP and UDP?

We use TCP when we want to transfer data between the connection in a secure and reliable manner and where speed is not an issue. On the other hand, we can use the UDP where we want to transfer data as soon as possible, without worrying about the connection session between the systems. When we need to display the content of the website in the right order, we use TCP. On the contrary, we use UDP to play the live video stream on a webpage, so that even if one frame of the video is lost, the subsequent frames keep on playing.

Key Differences Between UDP vs TCP

That sums up this in-depth article detailing the difference between TCP vs UDP. The two network protocols are the biggies of the Internet protocol suite. We hope that now you have better clarity when it comes to comparing transmission control protocol with the user datagram protocol. People are also reading:

While TCP stands for Transmission Control Protocol, UDP is an acronym for User Datagram Protocol. The former is the connection-oriented protocol, whereas the latter is a connection-less protocol.

TCP is more reliable and secure than UDP because UDP does not guarantee the delivery of packets.

Yes, UDP is faster, simpler, and more efficient than TCP, but it does not assure the delivery of data packets.

UDP is a faster and simpler protocol that leverages less data than TCP to carry out the same task. On the other hand, TCP traces all the data packets and assures that they reach the destination in the correct order as they were sent.