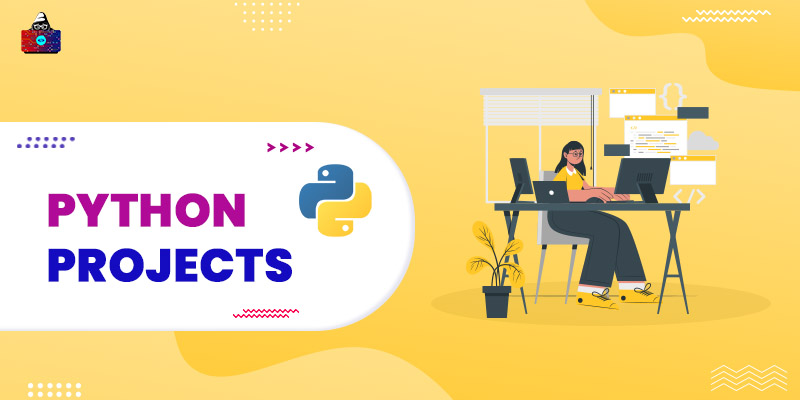 If you have just finished with basic Python and thinking of upgrading your Python skills to web development to other fields of computer science, such as data science and machine learning , you need to hold your horses. Theoretical knowledge of Python programming will help you learn new syntax and tools, but it's also important to know how to implement them practically.

Here in this article, we have mentioned some interesting Python project ideas for all Python developers. These Python programs will help you to implement and test your Python coding and programming skills. These Python example projects will also help you to uplift the worth of your resume and boost your confidence during Python interviews .

At first glance, Python looks very easy to learn and implement, but if you directly jump to the buzz words in Python, you will probably lose interest in it. Like other programming languages, Python has also become a complex programming language for data science and web development. Its numerous libraries , web frameworks, and complex syntax can easily overwhelm you.

So, go with one thing at a time, starting with basic Python projects.

We have divided the list of Python projects into three levels: Beginners, Intermediate, and Advanced.

It’s always suggested to practice and implement logic with what you have learned so that you do not forget the basic concepts and logic used to create big software. Once you are done with the basics of Python and core concepts, rather than looking to work with Django, Flask, Pandas, NumPy, and TensorFlow, you should hone your basic skills by building some simple Python projects.

These projects will help you figure out where you lag in Python and how all the basic concepts are used to complete a project. Following are some of the best basic Python project ideas to try: 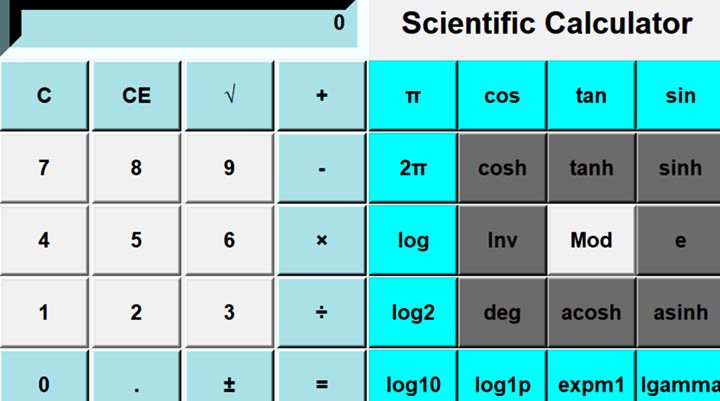 Building a calculator using the Python Programming language is one of the easiest Python coding projects on which you can work. It may take you merely 30 to 60 minutes to build this project. While building a calculator, ensure that apart from arithmetic operations, your calculator should also be capable of computing other scientific calculations, such as trigonometric functions and logarithmic calculations.

This project will help you to learn the vital role of Python input/output and operators in a program. Also, make sure that your program should be immune to any exceptions and errors. For example, if a user inputs a string or any special character instead of a numeric value or any other valid operator, your program must not throw an error; instead, it should return a warning message of invalid input.

Like a calculator, you can also build a conversion tool as your first ever project with Python. It is also a straightforward project and can be built using simple logic. The conversion tool must have different entities to convert, such as it should have length converter, temperature converter, area converter, volume converter, and weight converter. It's suggested that you should create different modules for each converter and introduce them in your main program. 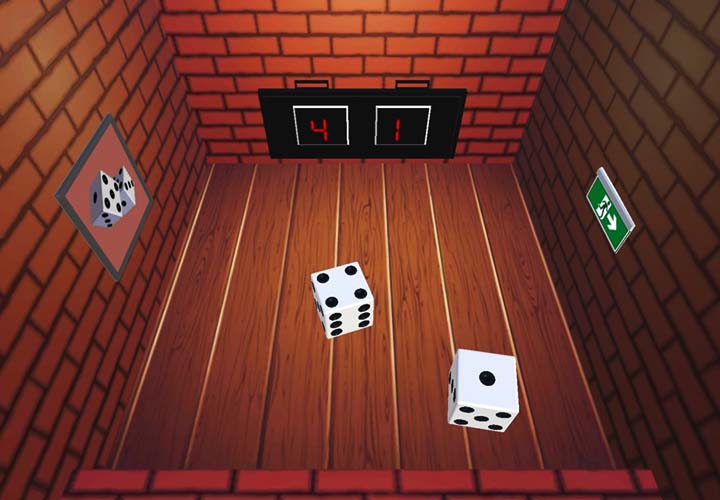 Using the Python Random module, you can easily build this program, and with merely 5 to 20 lines of Python code, you can create this program. As its title suggests, you need to build a program that can print a random number between 1 to 6.

Use the Python Random module to build a program that can print a random number between 1 to 6. You can make this program more interactive by using the while loop and asking the users if they want to roll the dice again or quit the game.

You can check the source code here . 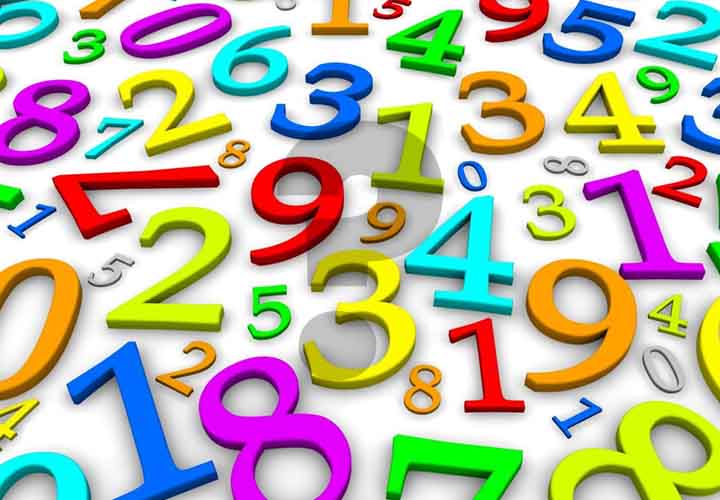 In this Python program, you will deal with the Python random module and Python input/output statements. For a beginner, building this project could be a piece of cake, but make sure that your program is immune to every kind of exception, such as, if the user enters invalid input, your program must not throw an error.

Use Python code and a random module to create the Guess the Number program. First, generate a random number between a random range and give the user three chances to guess that number. Display the range from which the random number was generated and ask the user to enter the randomly generated number.

After each attempt, give a hint to the users about how close their answer was to the number, and if the user uses all three chances, show the number and terminate the program.

You can get the source code here . 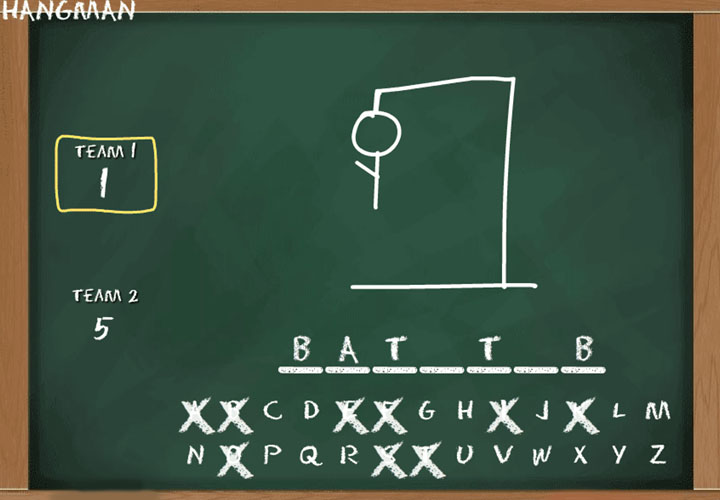 Apparently, Hangman is a paper and pencil guessing game like tic-tac-toe. The game can be played between two or more users. In this game, one player thinks of a word, and the other tries to guess it by suggesting letters. Here, the player gets a 2x number of chances where x is the word's total length to guess. Creating a Hangman Game in Python is very easy and straightforward.

Check out the source code here . 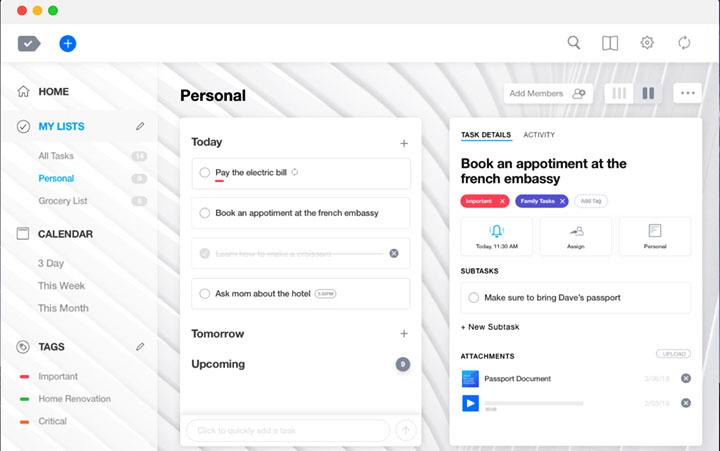 To-Do is a simple Create, Read, Update, and Delete (CRUD) application. In a ToDO application, the user can create multiple tasks that are supposed to be done on that day, and if the user finishes those tasks, then they can update and delete them.

ToDo is a single-page web application, so you can use Python light-weight web frameworks like Flask and PyCherry to develop it. Or you can also use Django to build a multiuser ToDo web application in which users can register and log in to see their to-do list. 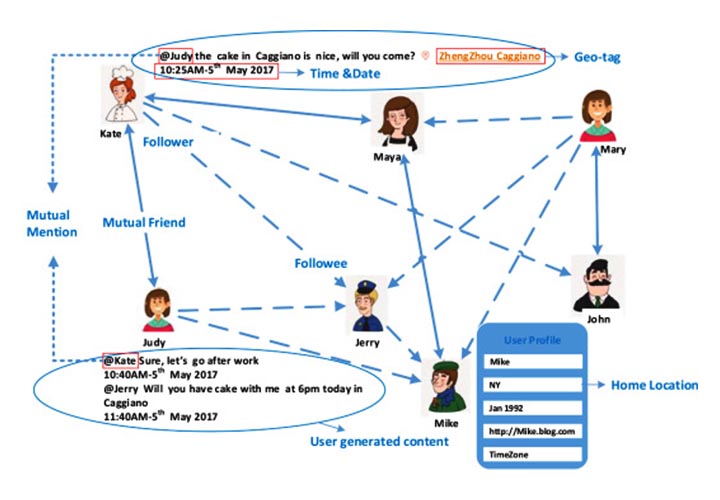 These days, mostly all the websites have a different section for text blogs. You are not supposed to create a clone of StackOverflow, Instagram, or Youtube, but you can use your Python web development skills to build a simple multi-user Create Update, Read and Delete (CRUD) web application. 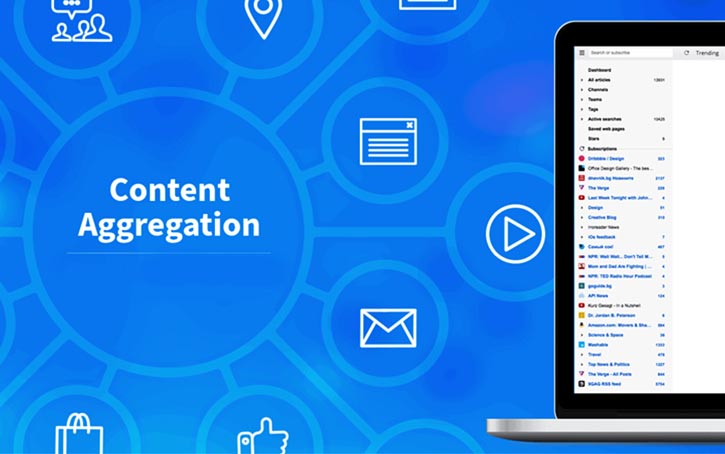 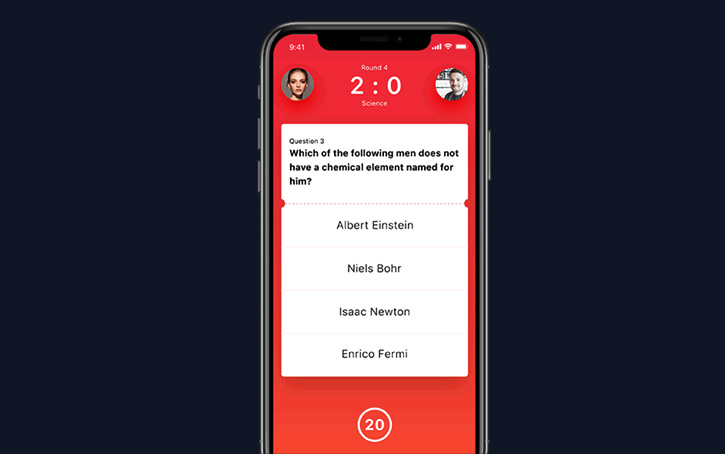 Quiz applications or quiz games can be easily built with the help of Python web frameworks. In the Quiz application, the user could set some questions and let another user answer them. Then display all the answers with the final score. You can also create a quiz application like "who will become a millionaire," where users need to give all 13 correct answers to win the prize.

To create this application, you can use any Python web framework and front-end tools such as HTML, JavaScript, and CSS, to make the application more interactive.

Check out the source code here . 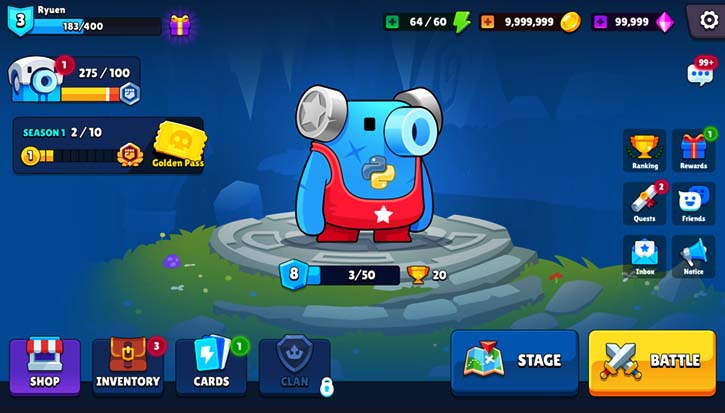 With Python GUI bases libraries like Tkinter and PyGame, we can build Graphical Desktop-based applications and games. You can build simple pen-paper games like Tic Tac Toe, HangManGame, and Balck Jack, using these libraries. However, these games are straightforward, and the logic behind them is considered a beginner-level project.

But with a Graphical User Interface, these games and applications are considered intermediate Python projects. All the pen-paper games can be built using Tkinter only, but if you want to build a game like a flappy bird or advanced snake game, you can use the PyGame library. 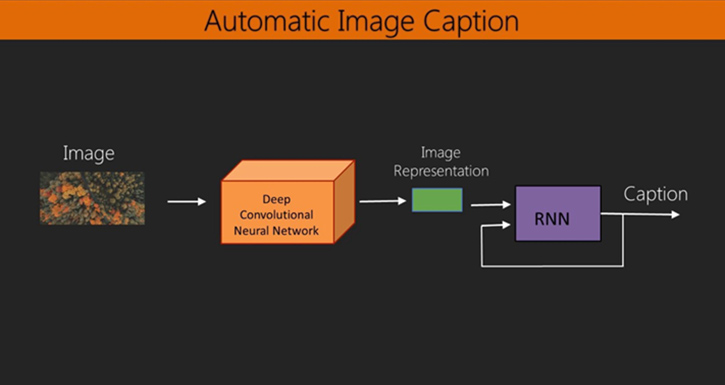 This Python project creates a machine learning model that accepts an image and tells what that image represents. This is a very interesting yet complex machine learning project. Also, this concept is similar to the Google Lens . The main objective of this project is to generate a caption about the context of the passed image.

Get the source code here . 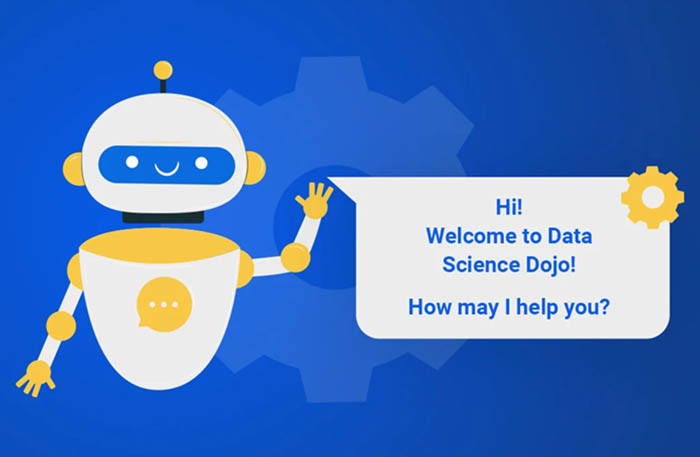 These days every popular organization uses chatbots services. All these organizations which provide services often use a chatbot for first communication with their clients and customers. A chatbot service helps the organization to automate interaction with customers, and it also reduces overall expenses.

You can also build an AI- or ML-based chatbot using Python TensorFlow and ChatterBot libraries. You need to train your chatbot based on the data set to answer according to the user query. Your chatbot could be domain-specific, which means that the chatbot is only trained for a specific domain such as medical, educational, and technical. 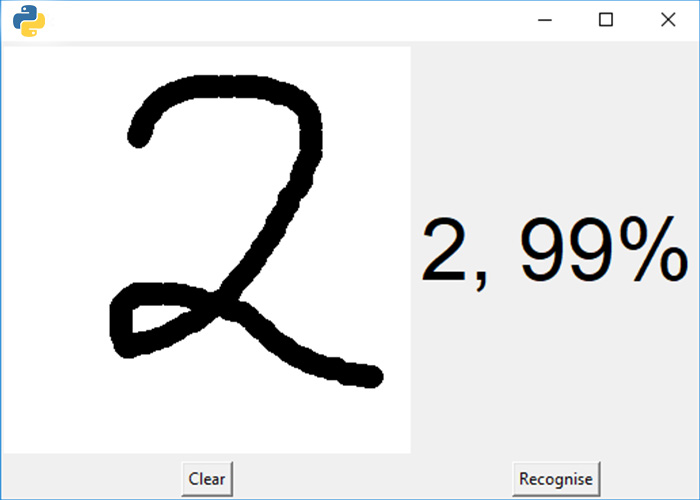 Handwriting Digit Recognition is a Machine Learning project. We need to create such an ML model that can scan an image and recognize handwritten digits. And this is a viral and widespread project among data science and machine learning engineers and learners.

This project can be built with many Python ML and neural network libraries like TensorFlow, Sklearn, and Pandas. Instead of scanning an image, you can also build a UI interface or canvas to draw a digit and then predict it. 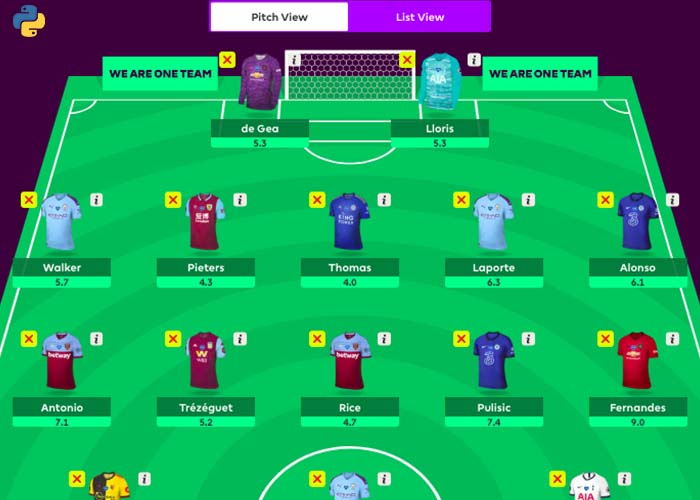 These days there are many fantasy sports applications present in the market that asks the user to create a fantasy team and win prizes. Predicting a team could be tricky, but with data and stats, we can create a Python data science model to predict a team's performance for us. Many websites, such as Kaggle , provide data and states related to the sports leagues, players, and teams that can train and create a team prediction model. 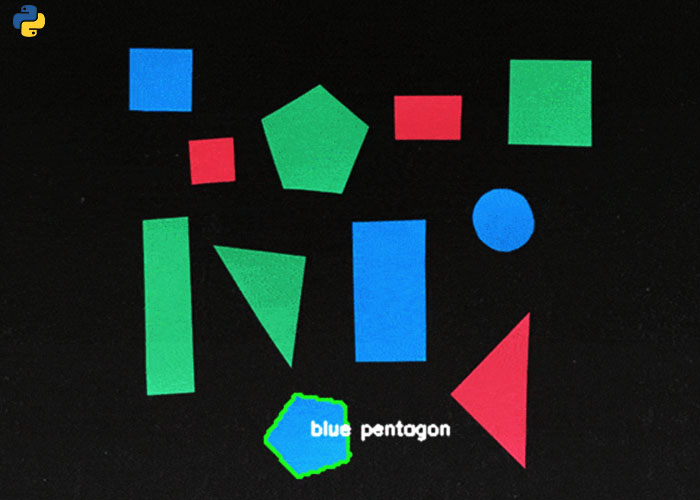 There are more than 16 million colors formation if we use the RGB format. However, only a few are named because it is impossible to name two similar-looking colors with slightly different RBG configurations. But using Python image processing and Data Science libraries, we can find out the RGB configuration forever pixel and find out the most appropriate color name.

In this project, we create a Data Science model that accepts an image and tells every object's color name present in the image. This project's idea is similar to image recognition, but this project can be designed and trained with fewer data.

You can get the source code here .

With this, we have reached the end of our article on top Python projects for beginners, intermediate, and advanced Python developers. You can pick any Python project according to your Python skills and caliber and start working on it. Most of these projects can be built using a single module; however, we recommend dividing and trying to code in different modules for better readability.

If you haven't done any project using Python, we suggest starting with beginner projects and moving thereon. During Python interviews, your projects will be your main assets, so be truthful while building a project. Do not just blatantly copy and paste someone else's code. Take inspiration, and keep on experimenting and adding on your own.

Wish you luck! If you have any worthy and different Python project ideas for learners and hobbyists to work upon, let us know in the comments.

If the community loves it, we would like to tinker with it on our own and add it up there.