What is CubicWeb in Python? 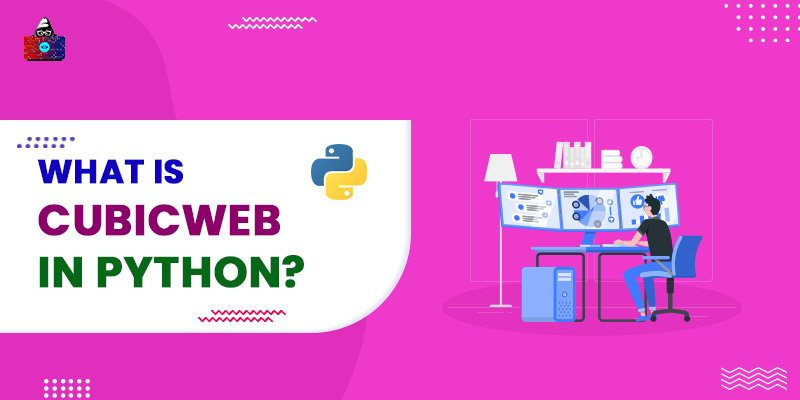 CubicWeb is Python's semantic web application framework that allows its developer to write quality and efficient web applications with the reusability of modules. Logilab started to develop CubicWeb back in 2001 and released it as an open-source framework in 2008.

Logilab designed CubicWeb as an offspring project to the Narval research Project and included tools like a data server and web engine to the Python framework. The data server tool of CubicWeb help developers to connect the web application with databases like SQL, and the web engine allows developers to control the flow of web application by displaying the right content to the user.

There are some specific components or keywords defined by the CubicWeb framework, and for a CubicWeb developer, it is important to know all these concepts.

Cube is the building block of the CubicWeb Framework. A cube in CubicWeb is defined as a software component that includes schema (Data Model), entities (logic), and views (user interface). Basically, it means a cube is an application designed using CubicWeb.

A cube-based runnable application in CubicWeb is known as an instance. Every cube can have an instance directory and it contains all the configuration files.

CubicWeb supports data repositories that can be a group of one or more data resources such as SQL database, Goole AppEngine's DataStore, file system, CubicWeb instance repo, LDAP repo, etc. And to connect with these data resources, CubicWeb uses Relation Query Language(RQL) syntax.

Like other Python frameworks , CubicWeb comes with an inbuilt web engine that handles HTTP requests and renders content or user interface to the user based on the request.

CubicWeb supports the Python yams library to define data models or schema relations for the cube or app. Using yams, we can define different data type model entities like String, Int, Float, Date, Time, Interval, Password, RichString, Bytes, etc. Which makes it easy for the developer to write database schema with Python only.

There are various methods to install a cubic web framework in Python, and the easiest way is by using the Python pip install command . 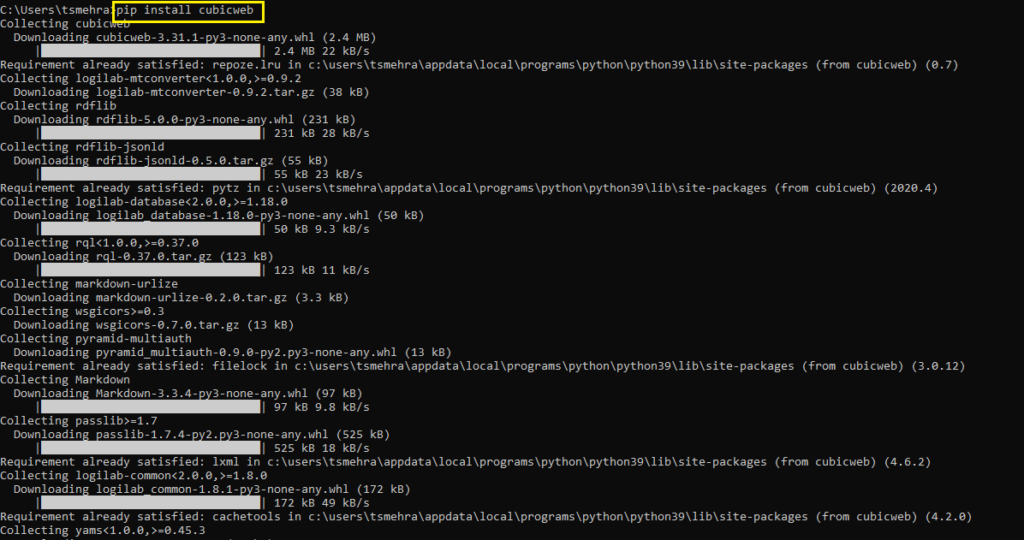 This framework revolves around the idea of building database front-end web applications. Because just after creating a web app, the first thing we need to do is build a database for the newly created cube or app. CubicWeb is not like other Python frameworks. It is more monolithic than Python and does not have many features to offer.

To know more about CubicWeb and its work, check its official documentation .