How to Install PIP on Windows, macOS, and Linux 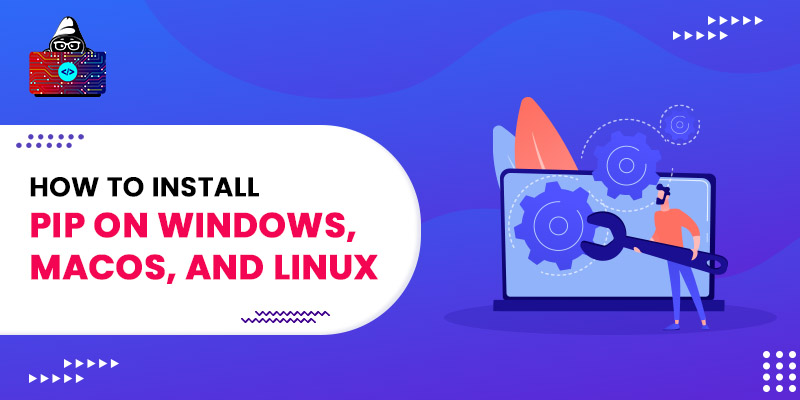 PIP is among the most popular package managers for Python. This article will discuss how to install Python PIP on various operating systems.

Python is well known for its simplicity and ease, that’s why it also makes sure that you can easily install any third-party package and/or library for your project just by writing a simple one-line pip command.

In python, you do not need to manage any of the installed packages, PIP will take care of everything.

PIP stands for “Preferred Installer Program” and it is a command-line utility that helps you to manage your python third-party packages. By using the pip command, you can install, reinstall, update, and uninstall the PyPI package.

If you want to install popular third-party packages, such as NumPy, pandas, and TensorFlow for your project, you just need to open the command prompt or terminal on your system and type the pip install command to install any package or Library which are at PyPI.

How Do I Install Python PIP?

If you are using the Python 2.7 (or greater) or Python 3.4 (or greater) versions of python then you do not need to install PIP, because Python comes with a compatible version of PIP by default.

How to check the version of python installed on my system?

Open your cmd (Windows) or terminal (macOS, Linux) and write this command:

How to check the version of pip installed on my system?

How to Install pip on Windows?

How to Install pip on macOS?

How to install pip on Linux?

Like other operating systems, if you have the latest version of Python you would not need to install pip separately. But if you are using some old version of python then you have to install the Python package manager. Compared to Windows and macOS, the process of installing pip on Linux is different. This is because the OS has different commands for different versions of the Python ecosystem.

Python3 comes pre-installed on Ubuntu 18.04, but not pip3. We can use the Ubuntu apt command to install pip on our ubuntu system. But before installing pip we need to make sure that we have the sudo privileges.

The above command will install all the dependencies and install pip on the ubuntu for Python 3. Step3: Verify the installation by checking the pip version.

How to Install PIP on Raspberry Pi?

These are some of the most widely-used Python PIP commands:

After installing the pip we can upgrade and downgrade it to a specific verison. With python -m pip install --upgrade pip command we can upgrade our pip to the latest version.

We can also downgrade and upgrade the of our pip by specifying the version.

Long story short, you do not need to install pip if you have the latest version of Python. If pip is not functional on your system just reinstall Python, if possible, download the latest version. It might solve the PIP problem.

Moreover, it's highly suggested that rather than installing pip separately, install the latest version of python that already comes with a pre-installed PIP.

To know more about deploying and maintaining Python packages on PyPI, you can buy the course here.