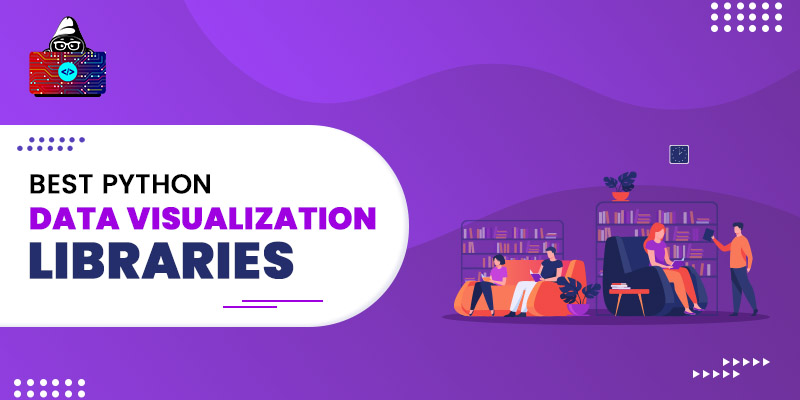 For a Python data scientist, it becomes very important to learn data visualization libraries along with the data science libraries.

Here in this article, we will detail the best and most widely-used Python data visualization libraries.

With the help of Python data visualization libraries, we can plot different types of graphs to represent data so that everyone could understand the behavior of the data variables.

Here is a quick look into the 7 best Python data visualization libraries that we will cover in this article:

Interestingly, Matplotlib was the first Python data visualization library, and many other libraries are built on top of it. Moreover, libraries like Seaborn and pandas use some of their methods.

With matplotlib, we can create interactive 2D graphs, including line graphs, scatter graphs, bar graphs, and hist graphs. Although matplotlib does not give inbuilt support for 3D graphs, it provides an additional toolkit - mplot3d - to plot 3D graphs.

Matplotlib is an open-source third-party Python library, so we first need to install it before using it.

These days, data scientists only use matplotlib for analysis and educational purposes, but in publications and real presentations, they use Seaborn. Now seaborn has become the professional Python data visualization library.

In reality, Seaborn is built on top of matplotlib and is widely used for representing statistical data using interactive graphs. Because of the same, it can do more things than matplotlib with less complexity and briefer syntax. It is very close to popular data science libraries, like pandas and numpy, and provide various methods for plotting graph using DataFrames and arrays.

Seaborn is also an open-source python library, and using a simple pip install command can install it. pip install seaborn

It is a powerful and robust python data visualization library capable of plotting simple and complex graphs. Using this library, we can plot around 40 different types of graphs, including 2D and 3D. Plotly is built on the top of the popular JavaScript library ploty.js, and it allows python developers to plot simple and interactive graphs on the web browser. We can use this library to display graphs on Jupyter Notebook and save those graphs as standalone HTML files.

Plotly is an open-source python library. Use the pip install command to install it. pip install plotly

Bokeh is another powerful Python data visualization library for modern web browsers. It is native to the Python programming language, and that’s why many Python developers prefer using bokeh over Plotly.

Like Plotly, we can obtain Bokeh plotted graphs in HTML format. Bokeh is also very compatible with popular Python web frameworks, such as Django and Flask, and we can embed bokeh in Django and Flask web applications.

To use Bokeh, we first need to install it using the pip install command. pip install bokeh

Python ggplot is a plotting library that is based on the R programming ggplot2 library. In ggplot, gg stands for Grammar of Graphis, and designing graphs using ggplot is similar to writing sentences in English. It is also very compatible with the python pandas library and can plot graphs using DataFrames and Series.

ggplot is an open-source library, so we can easily install it for our python environment using the pip install command. pip install ggplot

The data visualization library is used to plot simple graphs on web applications. One can use this library with popular python web frameworks, like Flask and Django, and plot dynamic and interactive graphs on the web page.

Pygal is capable of plotting different charts, including line, bar, histogram, XY, pie, radar, box, and dot. Also, we can output its chart and graphs in different formats, including SVG, PNG, and Etree. The Python data visualization library is highly recommended for small web applications that require simple and fast graphs. 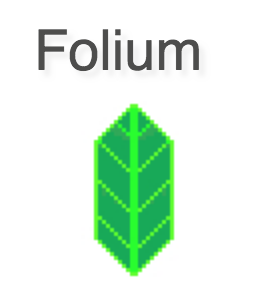 The Folium library is built on top of the JavaScript leaflet.js library. Often in data science, we work on projects where we want to visualize data on a map. In such a scenario, we cannot rely on libraries like matplotlib or seaborn. Here, we use libraries like Folium.

The data visualization library is often used by data scientists during data cleaning of a map. With the help of Folium, we can manipulate map data and visualize it on the go. Folium comes with many built-in test sets for different maps, including OpenStreetMap, MapQuest open, Mapbox, and Stamen. Also, Folium supports data in JSON format and binds that data to provide visualization over a map.

Use the above command to install the Folium library.

We suggest you go through at least 2 to 3 libraries and choose the best one for you. Libraries like Matplotlib and Seaborn are the most popular data visualization libraries for data science. Libraries like Plotly, bokeh, and pygal are used with web applications to visualize data or plot graphs and charts on websites.

If you seek guidance to learn the Python language in-depth, then you can purchase this course .