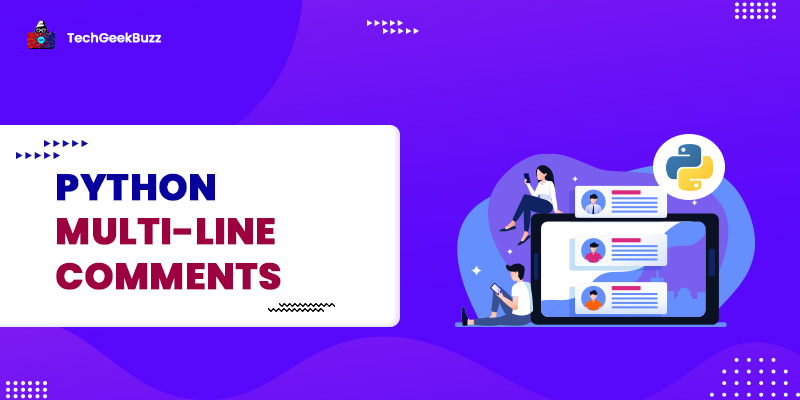 In programming languages, we use comments to provide additional information about the source code. So if some other developer reads your code or you get back to your code after a long time, the comments tell us what a specific block of code is supposed to do. Generally, we use comments to provide alternative information about the code snippet, but they also help in debugging code. If we comment out a part of code in Python, then the python interpreter will not execute that part of the code.

Note: While writing the multi-line comments, make sure that you do not write them at the right side of the assignment operator (=) because we use triple double-inverted and single-inverted quotations for multi-line strings. Example:

Comments play a crucial role in our source code or program. It makes code readable and specifies what a particular code block is supposed to do when executed. To write a multi-line comment in Python, we use triple single-inverted and double-inverted quotes. However, it is better to use consecutive single-line comments for adding multi-line comments. The sole reason behind this is that we also use the double-inverted triple quotation for multi-line strings. Hopefully, this article has helped you understand how to write multi-line comments in Python. If you have any queries regarding this topic, you can share them with us in the comments section below. People are also reading: