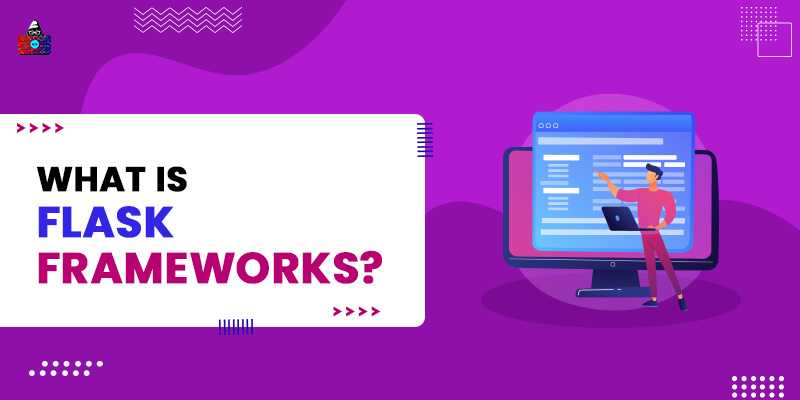 Like Django, which is a full-stack web framework, Flask does not include batteries such as a database abstraction layer, form validation, built-in authentications, and any other pre-built libraries. As a micro-framework, Flask comes with minimal dependency; however, it supports many extensions that can be added further to any Flask project to increase the functionality of the web application.

What is a Python Web Framework?

There are many Python web frameworks. Here is the list of the most popular Python frameworks .

In 2004 Armin Ronacher created Flask as a Python framework under the Pocoo project. The Flask project started as an April fool joke but ended up with a serious application. Under the same Pocoo projects, two dependencies were also created as a base for the Flask.

Werkzeug is a Web Server Gateway Interface (WSGI) toolkit library for the Python programming language. It acts as an interface between the Flask application and the server and handles the request-response between the client and the server. Because of Werkzeug, we do not have to worry about the working mechanism of web applications and protocol. Werkzeug handles all for us.

jinja2 is a templating engine that can embed some dynamic data on static pages like HTML and XML. With jinja2, we can render all the data from the backend python script to the front-end HTML or XML pages.

Flask is a lightweight framework that has few dependencies which allow its developers to write flexible code. Flask is widely used to write RESTful APIs and small web applications. Due to its low learning curve, many Python developers learn Flask before any other full-stack Python web framework. There are many popular companies that use Flask for their back-end scripting.

Django is the biggest rival of Flask; it’s always a hard choice for a new Python web developer to choose between these two popular Python web frameworks.

Django is a Full Stack Web Framework that comes with many dependencies and built-in features. On the other, Flask is a microframework with few dependencies and not many features. Django is batteries included means it comes with many built-in features like Object Relational Mapping (ORM), built-in authentication, context pre-processor, built-in user model, template engine, etc., but with Flask, we have to write code for all these features, or we can install additional Python extensions or libraries.

So which one is better? For a beginner, Django can be overwhelming so it’s always suggested to learn Flask first. Django follows a strict path, and manipulating core code can be a daunting task, but Flask is flexible, and we can write and code whatever we want. There is no doubt that Django is a powerful tool and the first choice for big web applications, but Flask also has its domain and market and is widely used for small applications and RESTful APIs.

To know more about the difference between flask and Django, click here .

Getting Started With Flask

Now run the file on the terminal or command prompt. 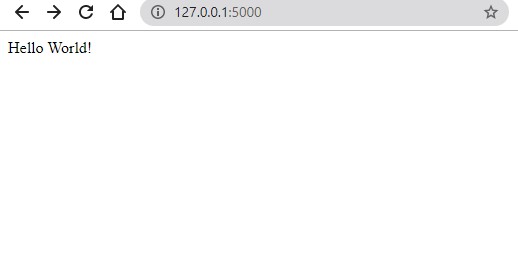 By default, the debug mode is off; we can set it on by setting the debug=True. app.run(debug=True)

We hope this article has helped you know what exactly Flask is and how it differs from Python's most popular web framework, Django.

Flask is used for creating web applications in Python.

Flask is a back-end Python-based web framework. It comes with all the essential tools, modules, and libraries required to implement the actual functionality of web apps.

Yes, Flask is easy to learn as it is based on Python. As Python is a simple language, you can easily develop web applications using Flask.

Flask is a type of micro-web framework because it does not require additional tools and libraries and does not have abstraction layer, form validation, or any other elements.