What is CherryPy Python? - Introduction to CherryPy 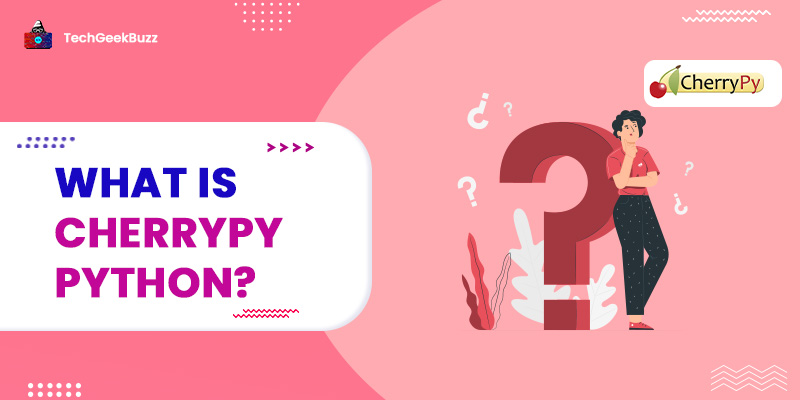 Remi Delon created CherryPy in 2002, and it is one of the oldest Python web-framework. Like Flask, it is also a lightweighted Python framework with few dependencies.

What is CherryPy Python Framework?

CherryPy follows the pythonic way, and with its Object Orientation approach, it made it easy for developers to write and wrap web logic around HTTP protocols. Simplicity is the main asset of CherryPy, and it can use Object Relational Mapper (ORM) and templating language extensions for databases and templates.

Although CherryPy is not the most popular Python web framework , you should still know its features before learning it.

Get Started with CherryPy Python

It is a Python web framework, so it goes without saying Python should be installed on your system before you want to create or run a web Application using CherryPy. CherryPy is a third-party open-source library, and we need to install it before wring or running its application. To install CherryPy for our Python environment, we can use the pip install terminal command.

Now run the app.py as a Python script on your terminal or command prompt. 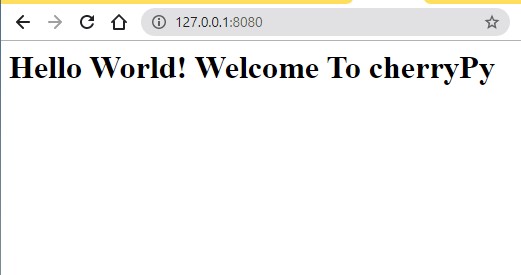 CherryPy is a web application framework that comes with its own HTTP web server. So, it becomes easy to run CherryPy applications within minutes as it is self-contained.

Yes, CherryPy is an open-source web framework. As a result, your contribution to the framework is always welcomed.