Google Cloud vs AWS vs Azure: Cloud Platform You Should Look For? 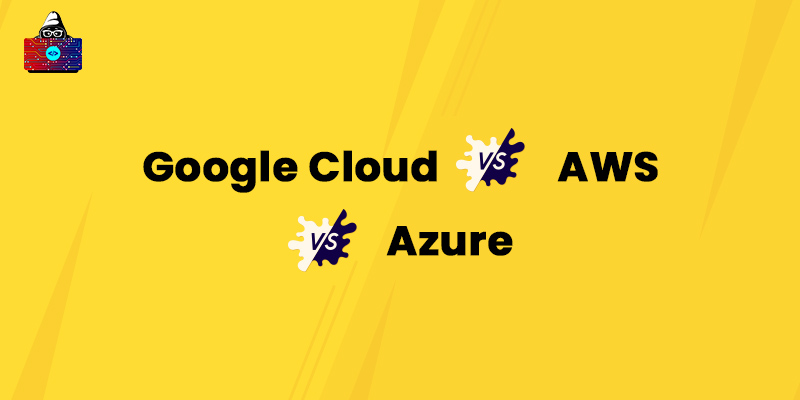 Cloud computing platforms have gained a lot of popularity across all industries. They have revolutionized the way businesses function and smoothened their business activities. The cloud market has witnessed the rise of several cloud computing platforms, and the three leading platforms among all are Amazon Web Services (AWS), Google Cloud Platform, and Microsoft Azure.

This article will emphasize the key differences between Google Cloud Platform, AWS, and Microsoft Azure cloud platforms. Before we proceed to differences, we shall discuss each of these three platforms individually.

So, without further ado, let us begin.

What is Google Cloud Platform?

In 2008, Google announced its first cloud computing service called App Engine, allowing users to host and develop web applications in Google-managed data centers. But it became available in 2011. Later, Google continued adding various services to the cloud platform. Google Cloud Platform (GCP) is a segment of Google Cloud. Some other services in Google Cloud are:

Amazon Web Services (AWS) is one of the most comprehensive and oldest cloud platforms. It is a subsidiary of Amazon, offering more than 200 on-demand cloud computing services to individuals, all sizes of companies, and government agencies, on a pay-as-you-go basis. Millions of customers spread across more than 190 countries, and some reputed companies, like Twitter, Netflix, Adobe, ESP, Facebook, etc., use AWS services.

The year 2009 witnessed the release of VPC. In the following year, Amazon added Route 53 and SNS to the AWS platform. Later in 2011, it released Elastic Beanstalk. Furthermore, it introduced several certification programs for cloud aspirants to develop cloud computing skills. The year 2014 witnessed the release of Amazon Network Partner (APN). In the following years, it experienced a great profit. It is a fully-featured platform offering more than 200 cloud services.

Azure or Microsoft Azure is a public cloud computing platform operated by Microsoft. Formerly, it was referred to as Windows Azure. It offers a wide range of cloud services, like networking, storage, analytics, and computing. Like AWS, Microsoft also charges on a pay-as-you-go basis. It is a combination of four different forms of cloud computing, namely, Infrastructure-as-a-Service (IaaS), Platform-as-a-Service (PaaS), Software-as-a-Service (SaaS), and serverless. Azure was first launched in 2010, and in 2014, it got the name ‘Microsoft Azure’.

Google Cloud vs AWS vs Azure: A Head-to-Head Comparison

The table below highlights different AWS, Azure, and GCP services that come under the computing, database, storage, and networking categories.

Google Cloud Platform, Azure, and AWS are the leading cloud platforms. All of them are best in their own ways, and you can choose any of them as the cloud backbone for your business. In terms of services, market share, and availability zones, AWS is undoubtedly the winner. Google Cloud Platform stands out to be the best one in terms of pricing. When it comes to integration with open-source and on-premises systems, Azure is the winner.

Hopefully, this article covers all significant differences between AWS, Google Cloud Platform, and Azure. Choosing anyone over the other entirely depends on the users’ specific requirements.

Google Cloud Platform is quite simple than AWS and Azure.

AWS is a popular cloud computing platform, followed by Microsoft Azure and Google Cloud Platform. This is because AWS offers over 200 services and has 81 availability zones. So, it is the choice of many organizations.