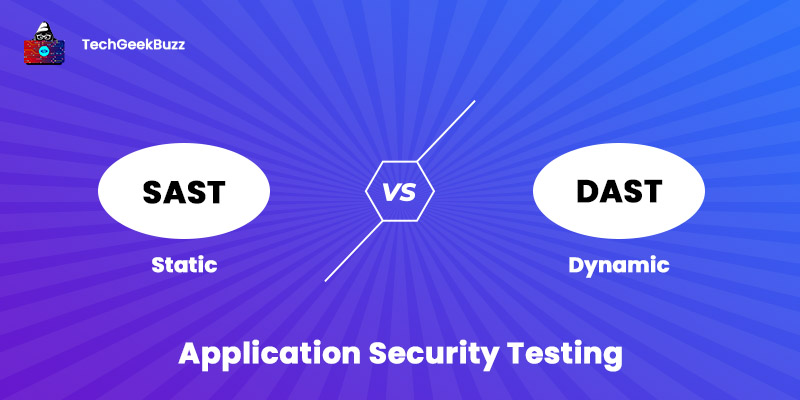 Software testing is an elaborate process. There are many techniques and tools involved in ensuring that an application performs the way it is meant to be. Two of the most popular software testing techniques are SAST and DAST. In this article, we are going to look into SAST vs DAST in detail.

The success of a software application depends on the extent to which security testing is performed on it. Therefore, software testing is an important aspect of the software development life cycle .

In this blog, we will compare DAST and SAST, but before that, let’s learn more about these two popular types of software testing.

SAST examines the code before deployment to find security vulnerabilities that include SQL injection and software flaws. It doesn’t require a running system for performing evaluations. SAST is performed earlier in the software development life cycle, and the process can be automated to cut both effort and expenses.

DAST stands for dynamic application security testing. Instead of viewing the source code or application architecture, the tests are carried out from outside the functioning application. Hence, it is a black-box testing method.

Moreover, it helps to find a plethora of security vulnerabilities associated with the operational deployment of an application. DAST necessitates a running system for performing evaluations. Testers executing dynamic application security tests emulate the behavior of attackers to find security flaws that might be missed by other testing techniques.

To make the comparison between the two most popular testing techniques easier, we’ll compare them on the basis of different parameters. Let’s start with the DAST vs SAST comparison with the application state.

Another important parameter to compare the two types of testing is the application state. SAST doesn’t require a deployed application. Dynamic application security testing, however, necessitates a running application.

Although identifying and fixing bugs and vulnerabilities are easy in both SAST and DAST, it is easier in the former. Moreover, doing the same towards the end of the software development life cycle is expensive in dynamic application security testing.

SAST is carried out during the early stages of the SDLC. On the flip side, dynamic application security testing is performed during the later phases of the software development life cycle.

To perform DAST, one doesn’t require the source code of the application. Contrarily, it is necessary to have source code for performing system application security testing.

SAST, on the other hand, can be used on web apps, web services, and more. Both SAST and DAST are important to ensure that the code is secure while it is executing and also while it’s not executing.

OWASP ZAP is a free and open-source DAST tool that comes with automated scanning for vulnerabilities and assistance tools for tesing web apps manually.

SonarQube is a SAST tool that facilitates static code analysis by inspecting code and looking for bugs and security vulnerabilities.

What is Steganography? [Advantages, Examples, & Types]

What is Sandboxing? [Uses, Working, Applications, and Benefits]

With the advancement of tech, cybercrime is becoming more calculated and destructive. This is becau…