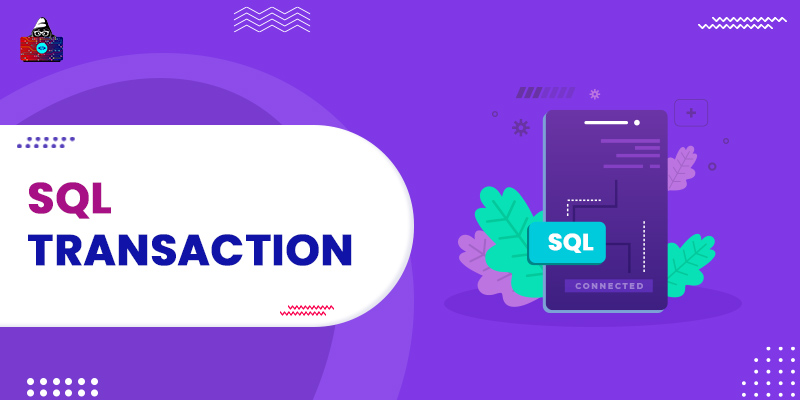 The transaction concept comes very useful in bank transactions because here, money deducts from one account and transferred to another. If during the process of transferring money, any command get collapses, we do not want to leave the process in between. Instead, we roll back all the transaction processes.

To be a successful transaction, the group of commands must follow the Transaction property ACID.

All the statements of the transaction should be atomic by nature, which means either all the statements execute successfully, or all fail. This property of transaction ensures that the process does not stop at amid. For example, if an amount is deducted from a bank account, then it should be credited to another. If in between the credited process collapse, then the deduction of the amount should be rolled back.

Consistency property of transaction state that if data has been modified, then it should be modified logically. For example, if you want to deduct the amount from a bank account, then the amount of deduction should be less than or equal to the total amount present in the bank account.

The durability process state that if a system error or power failure occurs before a set of commands is complete, those commands are undone, and the data is restored to its original state once the system begins running again.

To make the transition process occur in SQL, we use some commands:

All the SQL DML commands, such as UPDATE, INSERT, DELETE, etc., come under COMMIT. These commands make changes in the database and automatically commit and save all the changes. However, SQL also provides us with a COMMIT command which can save all the previous COMMIT and ROLLBACK.

Consider this table for all the SQL queries:

Query: Delete your Account of Sam and COMMIT the changes;

ROLLBACK the DELETE command and bring back the data of Sam.

The SavePoint command is used to save a point of Transaction state which can be ROLLED back easily using the ROLLBACK command rather than undoing the entire transaction.

Now if we want to RollBack to that transaction where we delete the Sam Account.

To delete the SavePonts, we can use the RELEASE SavePoint Command.