Unity vs Unreal Engine: Which One is the Best for You? 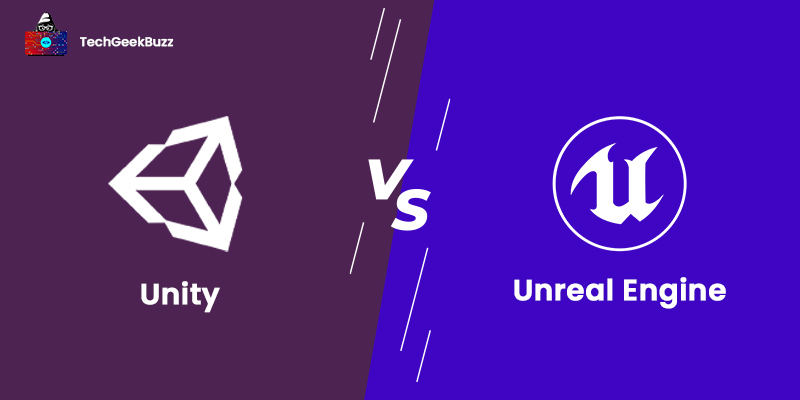 Gaming is among the fastest-growing industries across the world, all thanks to the technological advancements that have made it possible to create realistic games. One of the key technologies that make it possible to create next-level games is a game engine. If you are a gaming enthusiast, then you might already know that Unity and Unreal are two of the most popular game engines out there.

However, many people often argue as to which one among them is a better choice for game developers. Well, there is no doubt on the popularity of these game engines in the market as Unity has 48% of the market share while Unreal engine has the 13% market share.

Well, in this article, we will focus on the Unity vs Unreal debate and compare both the game engines to help you decide which one is the better. So, without further ado, let’s get started!

In this section, we will compare Unity and Unreal engines based on different parameters.

When it comes to graphics, developers mostly prefer the Unreal engine. The Unreal engine provides better graphics quality as compared to the Unity engine. Using Unreal, you will also access features such as volumetric fog, post-processing, etc. you can use such features also in Unity as free assets but you need to install them separately.

Unreal Engine 4 has Blueprint visual scripting so you don’t need to write code. It offers fast prototyping levels that allow you to create entire games using a Blueprint. In other words, even if you do not have technical knowledge, you can still create games with the Unreal engine. However, the blueprint feature is missing in the Unity engine.

Unity is highly popular among indies for developing games. On the other hand, Unreal is preferred by big studios, the AAA giants, and also indies due to its affordable pricing.

If we consider the code itself, the base programming language for the Unity Engine is C# and for Unreal engine 4 is C++. It is known that the C++ language has a steeper learning curve than C#.

Why Choose the Unity Engine?

In 2005, Unity entered the market and started releasing its products. Over time, Unity has become a suitable choice for creating amazing games. There are various convincing reasons for choosing Unity Engines.

Why Choose the Unreal Engine?

In 2014, Epic Games launched the Unreal Engine 4 with a new subscription model that was better than the Unity pricing model. This change in Unreal's pricing model has helped it attract more and more game developers. Unreal is suitable for studios that want to create innovative games, such as Gears 5 and Days Gone. Unreal is well known for creating the most photorealistic games. Following are some key reasons to use Unreal Engine for game development:

Unreal and Unity are among the most popular game engines out there. While they both allow you to develop games, the overall experience of working with each game engine is different. Through this article, we have made you familiar with the key differences between Unity and Unreal that can help you decide which one is best for you. Both game engines are capable of developing a wide range of games. However, it’s important to choose one that best suits your requirements. Thus, it’s important to learn the key features of each game engine before you make a choice.

For beginners, Unity is the best choice as it is user- and beginner-friendly. However, if you want high-quality graphics in your game, Unreal Engine is a perfect fit.

Though the Unreal Engine is complex, it generates quality graphics more quickly than Unity. It is well-known for its photorealistic feature and the AAA game engine.

The choice between Unity and Unreal Engine entirely depends on requirements. While Unity is popular among Indie developers, Unreal Engine is popularly known for its high-quality graphics and photorealistic feature.

Unity uses the C#programming language, which is very easy to learn and code.

Unreal Engine supports the C++ programming language, which is object-oriented and easy to use.