What is a Java IOException? 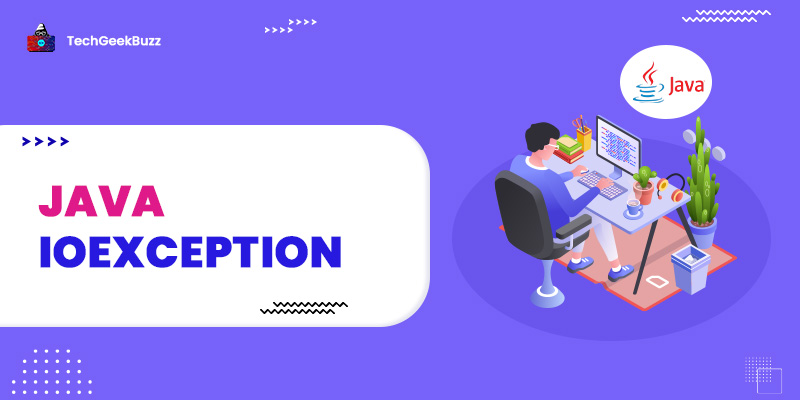 IOException means any input-output exception that can occur while reading a file or writing into a file, basically accessing the file system. There can be many ways in which this exception can occur. The most common I/O exceptions are FileNotFoundException, InterruptedIOException, SocketException, UnsupportedDataTypeException.

What is Java I/O Exception?

Most IDEs will remind you to put the try/catch as soon as you use classes like FileInputStream, BufferedReader, DataInputStream, etc. Note that in the above program, though we have used IOException, we can also use a more specific FileNotFoundException (which is a subclass of IOException). However, IOException can handle other I/O errors as well. If we want, we can add both:

This will not give an error, but the compiler will give you a warning, indicating that a more specific exception has already been handled. Note that the order is important here. If you first catch IOException, you will get an error while handling FileNotFoundException as it is redundant and can be handled by IOException itself. Note that we can also throw this exception as an ApplicationException, RuntimeException, or BusinessException to be handled by some other class:

In this case, we have to add the throws clause to the method as well:

Java IOException is used to handle file-related errors like searching a file, reading it, or writing into it. It is a checked or compile-time exception that can be handled in the code by the developers.

There are many subclasses of IOException which can be used in the program instead of using the general IOException as well. IOException is a part of the java.io package and extends the java.lang.Exception class. IOExceptions can be handled using a try/catch block or by catching and then throwing the exception for some other class to handle.

When you read a particular file or access the file using the wrong path, you get the Java IOException. It is a checked exception that takes place during the compilation of Java programs.

There are two ways to handle Java IOExceptions: 1. Using good programming while writing programs 2. Using the try-catch block to avoid any kind of exceptions in a program.

Both an error and an exception are the subclasses of the throwable class. While an error is a problem that takes place due to the shortage of system resources, an exception takes place at the runtime or compile time.

Checked and unchecked are the two types of exceptions in Java.