How to build Docker Images?

Docker is an open-source platform that has revolutionized the way applications are developed and hosted on the cloud or a server. In this article, we’ll start with a basic introduction to docker images, and the layering concept used in Docker images. We will understand how Docker runtime instances called containers are created from Docker images and several other terms such as base and parent images, manifest, and registries. Understanding this, will act as the building block, and moving ahead, we will then start with the different methods to build Docker images with hands-on examples.

A Docker image is a multi-layered file used to run code in a Docker container. When a Docker user runs an image, one or more instances of containers associated with that image are generated. But how can an image be built with layers? Layers are generated (these are also called intermediate layers because they are the intermediate steps in creating a final image) when we run the docker build command to execute the commands in a dockerfile. We will discuss more about image layers when we actually build an image from a dockerfile. When you run the docker run command on an image, it transforms it into a container. A writeable layer is stacked on top of the image layers in the container. Since the image's lower layers are read-only, this writeable layer helps you to apply changes to the container. As you can see in the below image, the top layer was generated after we run the docker run command which executes all the sub-command mentioned in the Dockerfile of that image. 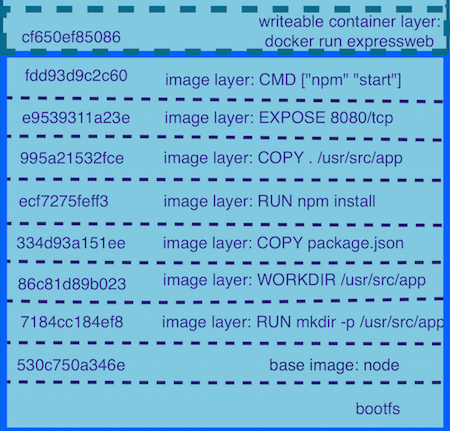 Parent image is the first layer while building an image. It is the foundation upon which other layers or other commands are structured. A parent image can be any official docker image such as an Operating system like ubuntu upon which you run your web server. One example is node:alpine. This is a lightweight parent image used by most web developers who build their web app in the form of a docker image because it contains all the preinstalled packages such as nodejs, npm, etc. which are necessary to run a node or react application. By using a parent image, you can prevent the hassles of doing the same thing repeatedly or installing the most common dependencies manually. In a Dockerfile , a base image has no parent image. It's made by using the FROM instruction at the top, in a Dockerfile. A Docker image contains an extra file known as a manifest in addition to a collection of files for individual layers. This is a JSON-formatted image definition that includes image identifiers, a digital signature, and instructions about how to customize the container for various host platforms.

There are a couple of ways you can create a docker image.

In the interactive method, we have to spin up a container from a base image, and in that container, we install all the required libraries or dependencies. Then, we have to save that current state with all the packages installed, and can be used later. We are going to run an Ubuntu image and install nginx in that container and commit it.

Here, image_name is the name of the base image. The argument is the command we want the container to run when it starts.

The -it options means interactive and bash is the command we want to run We are inside the container now where we can install all the required packages.

Open another terminal window and run docker ps to list out all the active running containers on your machine.

We can use the docker commit command to save the existing state of the container. The name you see in the above image is generated randomly; you can specify your own name using --name tag while running a container.

In our example, the name of the Container is reverent _limiere

Docker image command is used to list out all the images in the local machine registry. Now you can directly run the container associated with the ubuntu_nginx image having nginx preinstalled. You can type exit inside the container to kill or stop the container and get out of it.

A Dockerfile contains a series of commands that, when executed by the docker daemon, generate an image. We are going to perform the same example as we did in the interactive method that is creating an nginx server. Our Dockerfile is as follows.

Let us go through all the steps one by one. As previously discussed, images are multi-layered files, and each line (also known as instructions) that you write in this file generates a layer for your image.

We have built our image successfully. Now let’s run it and check if it's working. You can omit the “container” in the below command.

Here, --detach means that it will run in the background. The --publish option specifies which port to map from inside the container to our outside machine and expose the inner port. And the random ID mentioned there is the image ID. 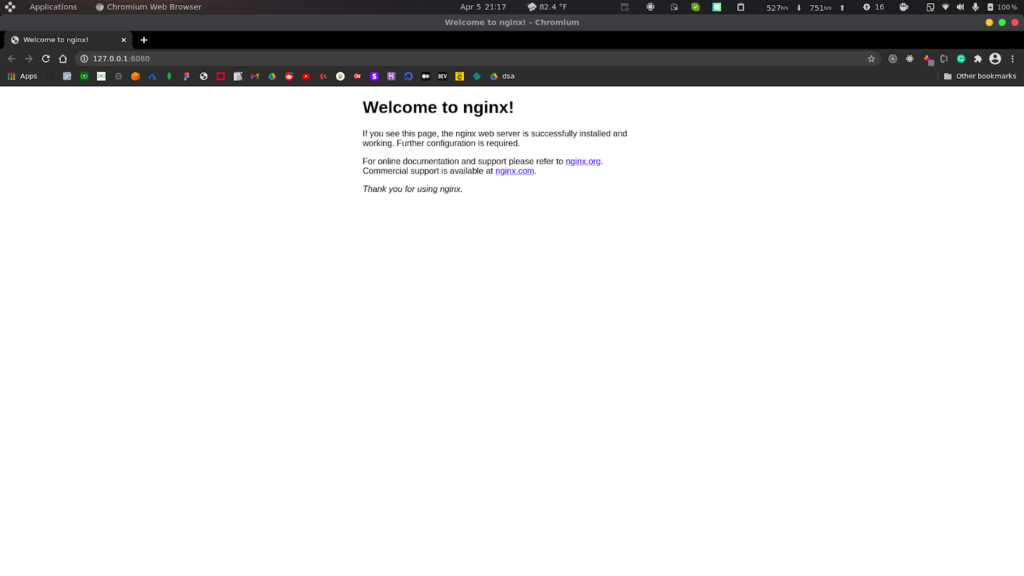 At the beginning of the article, we discussed that the image is multi-layered, so now we will discuss different layers of the above image that we created (nginx-server image).

As you can see in the above picture that there are 8 layers, the last 4 are not to be concerned about. They are dangling layers. The first one is the latest one and responsible for running the container.

In this article, we discussed Docker images, its layer mechanism, terms like parent and base images as well as Docker manifests. We hope that now you have a good understanding of not only how to create docker images but also how they are built internally using a layering mechanism. We discussed how we can create Docker images using two different methods - one is through interactive mode using the Docker run command and the other one is by specifying instructions inside Dockerfiles. We certainly hope that you will now be able to create your own customized images that would cater to the requirements of your applications. Happy Learning!