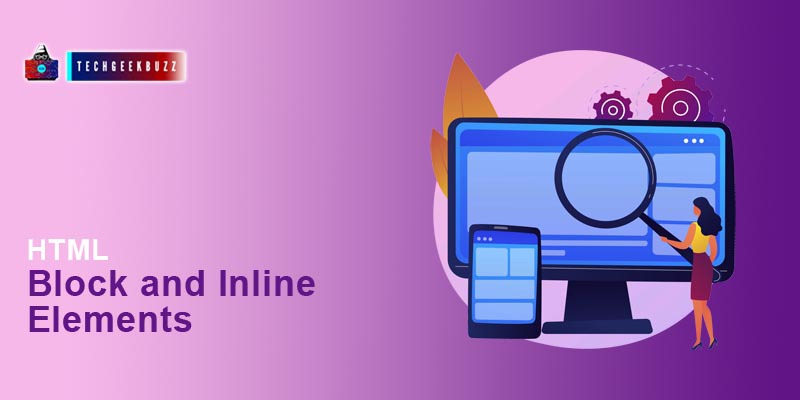 Block Elements The Block elements always display their content or value from a new line. It occupies a rectangular area and stretches its surface according to the content and CSS specifiers. <p>, <pre>, <ul>, <table>, <hr>, and <li> are some examples of Block Elements.

Output First Paragraph This is a new paragraph.

Here you can see that all the elements content start form a new line, and each one has a separate spacing area.

Inline Elements Inline elements generally used as a nested element to the block elements. The inline element's content does not start from a new line; instead, it displayed in the line itself. The area of the inline elements depends on the length of the text.

HTML <div> Element <div> is a very popular Block element, and it is generally used as a container that requires a specific styling. <div> does not have its own specific attributes but it can work with style , class and id .

Step up and begin your game and if you are already in the journey, and enter the league of Tech Pros!
Tutorials are designed for all levels. The concepts and code are described in details to be comprehended easily by the reader.

HTML <span> element Similar to <div> , <span> is also a container element, but it is used to represent inline content. Like <div>, <span> also does not have its unique attributes, but it can use style, class and id attributes.