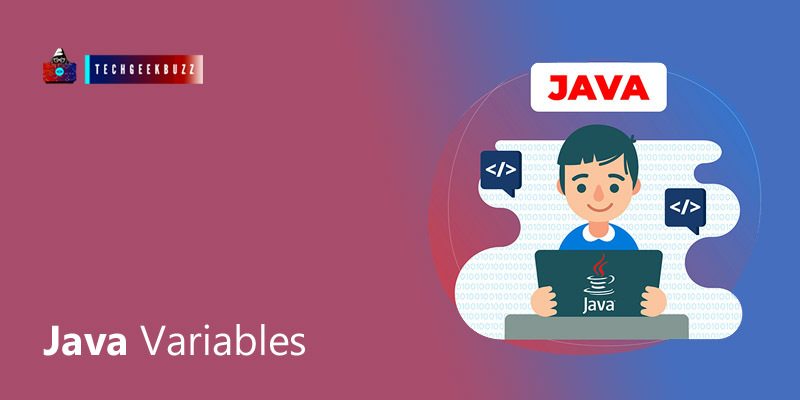 Variables are used to hold some value within the Java program. You can define the variable with the data type and can assign the value of that particular data type. Variable can be considered to be the name given to the memory location. Variables can be of three types- local, instance and static. Two types of data types- primitive and non-primitive that can be used for the variables within Java.

Variables are those whose value can be changed. It is the name that specifies the memory allocated that can contain a value. For example:

Variables can be classified on the basis of their scope. There are three types of variables.