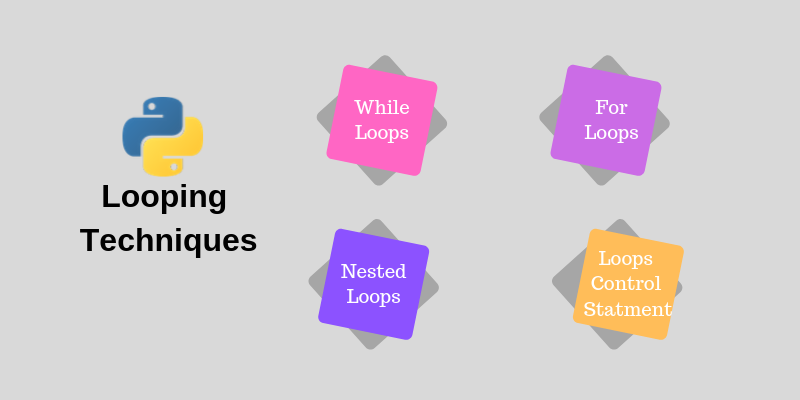 In this tutorial, we will discuss some loop conditions and techniques to control the loop flow and its execution. We will also discuss how can we use the break and continue statements inside a loop. In python, we have two loop statements for and while. We use for loop when we have a certain number, how many times we want to loop over a statement. And use while loop when we do not have a number, and iterate over a statement until a certain condition becomes false.

In programming, a developer always tries to avoid infinity loop, so whenever a programmer writes a loop statement, he always takes extra care about that statement. In Infinity loop the block of code inside the loop executes for infinite times and it can crash your program. In Python, the infinite loop problem can arise with while loop because it works on conditions (True or False), so if the condition never becomes false the while loop will goanna execute for infinite times. Example:

Loop with the condition at the top

Loop with Conditions at the bottom: When the condition is at bottom no matter what the boolean value that condition takes the loop will execute at least one time. In other programming languages, we have a concept of do while in which the condition stays at the last of the while statement. Example: