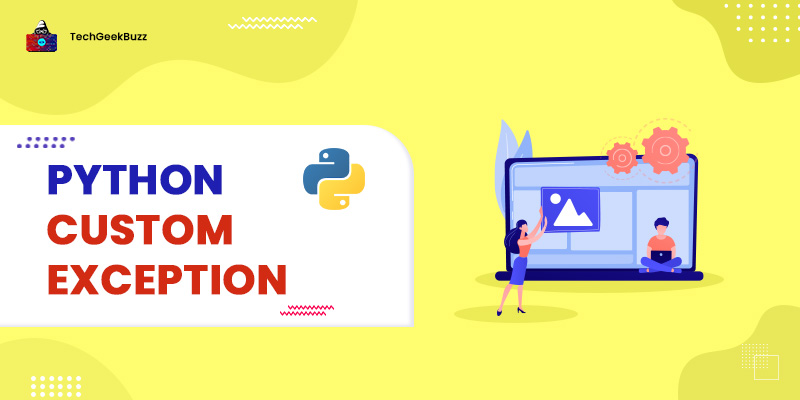 In this tutorial, we will discuss Python custom exceptions and when to create one of them. There are many kinds of exceptions in Python. Most of them are built-in, and some come with third-party libraries.

However, Python provides a feature by which we can make our own exceptions and can give any name to them. These exceptions are also known as user-defined exceptions.

With the help of a class, we can create our own exceptions. The one thing to note here is that the class we create to make our own exception should be a child or subclass of Exception. At last, to create a custom exception, we need to inherit the in-built Exception class.

When we work on a big project, we create our own exceptions, there this technique comes in very handy. Even when developers create libraries for Python, in their package, they create a separate Python file that contains all custom errors.

Some more Custom or user-defined exception

Let’s upgrade the code that we have written above, now, we will ask the user to enter a number, and the program executes again and again until the user enters 2 in the input box.