What is an OSI Model? Everything You Need to Know 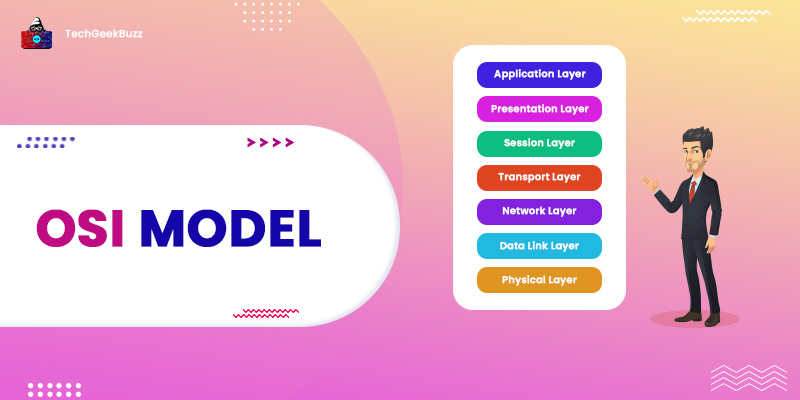 Through this blog post, we shall help you gain a better understanding of the OSI model, its different layers, advantages, and disadvantages.

What is an OSI Model?

OSI stands for Open Systems Interconnection. It is a conceptual model that describes the standard protocols or rules that every communication system has to follow while communicating with other systems. In simple words, it is a reference model that provides a standard for different computer systems to communicate with each other.

This model was the first standard model for network communication. Also, it was regarded as the universal language for computer networking. All the major computer and telecommunication companies embraced it in the early 1980s.

The primary idea of the OSI model is to split the flow of data in a computer system into seven different abstraction layers, with each layer stacked over the other. The seven layers of this model are Application, Presentation, Session, Transport, Network, Data Link, and Physical. In addition, each layer has its own well-defined functions and is responsible for communicating with immediate lower and upper layers.

Today, the modern internet does not strictly follow the OSI model. Instead, it is based on the TCP/IP model or the Internet Protocol Suite .

Though the Open System Interconnection model is not widely in use today, it is still helpful in troubleshooting complex networking issues. This model breaks down the networking issue and isolates the source of that problem. The primary idea is to narrow down the problem to one specific layer of the model, which eliminates unnecessary tasks and makes troubleshooting easy.

In the late 1970s, the development of the OSI model began with the need to enable data transmission between different communication systems. In the 1980s, the Open Systems Interconnection group made this model a functional product at the International Organization for Standardization (ISO).

Before the advent of this model, the networking was either sponsored by the government, such as ARPANET in the US, NLP network in the UK, etc., or developed by vendors with their own standards, such as IBM's Systems Network Architecture.

The following are the characteristics of the OSI model:

Here are the remarkable benefits of the OSI model:

Some of the significant downsides of the OSI model are listed below:

Layers of an OSI Model 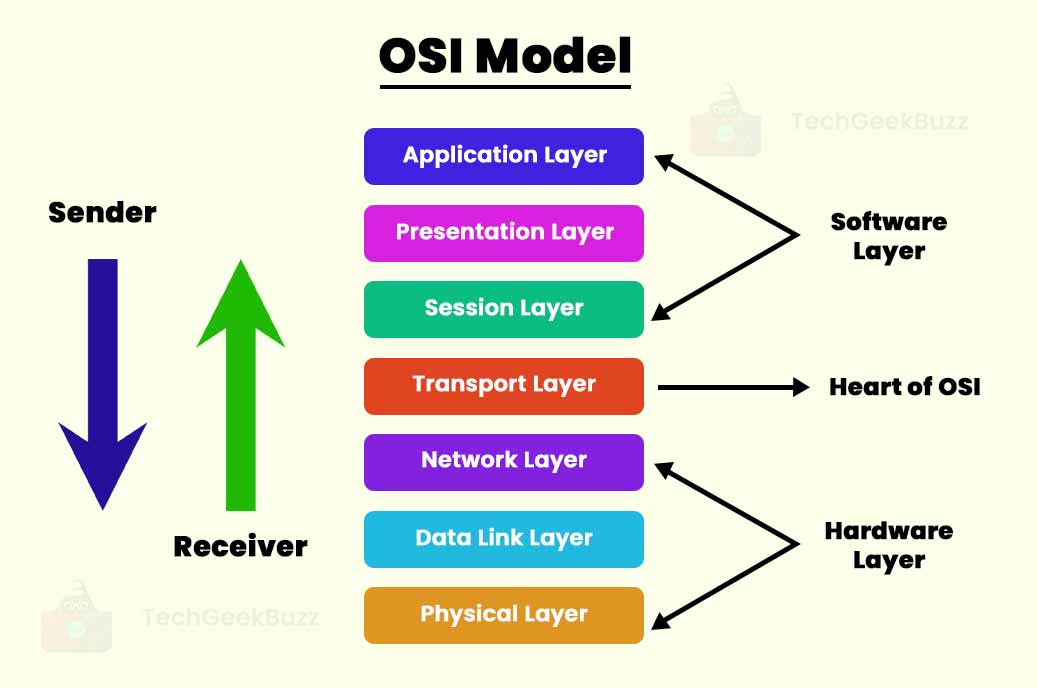 The following are the seven layers of the OSI model, along with their descriptions and functions:

The physical layer is the lowest layer of the OSI model. It establishes the actual physical connection between devices. The information in this layer is in the form of bits. Also, the primary function of this layer is to transmit bits from one node to the next over a network. The following are the functions of the physical layer:

Some popular physical layer or layer 1 devices are repeaters, hubs, modems, and cables.

The layer above the physical layer is the data link layer. The primary function of this layer is to ensure that there is error-free data transmission between two nodes. In addition, it is responsible for transmitting the data packets to the host using their MAC addresses, whenever they arrive in the network.

Note: Packets in DDL are primarily referred to as frames.

This layer is responsible for transmitting data packets or frames to the receiver’s network layer. Moreover, it identifies network protocols, performs error checking, and synchronizes the frames.

This layer acts as a bridge between LLC and the physical layer. It uses MAC addresses to connect devices and transfer packets over the network. The following are the key functions of the data link layer:

Switches and bridges are the data link layer or layer 2 devices. In addition, the network interface cards (NICs) and device drivers of host machines are responsible for handling this layer.

Data transmission from one host to the other host located in a different network takes place in the network layer. It also takes care of routing and forwarding the data packets. Meaning that it determines the shortest path from the number of routers available to transmit data packets. Moreover, this layer manages device handling and tracks the location of devices on the network.

The following are the functions of the network layer:

Routers are the network layer or layer 3 devices.

The transport layer ensures the end-to-end delivery of data. In other words, it ensures that the messages are transmitted in the same order as they are sent, without any duplication of data. This layer receives data from the upper layer and converts it into segments.

We can refer to the transport layer as an end-to-end layer because it provides the point-to-point connection between the source and the destination for reliable data transmission. It also acknowledges the successful data transmission and retransmits data in case of errors.

The following are the functions of the transport layer:

Here are the functions of the session layer:

The presentation layer is responsible for ensuring that the syntax and semantics of data being transmitted between two systems are correct. In addition, it acts as a data translator for a network. Therefore, this layer is also referred to as a translation layer. Moreover, this layer converts the data in one presentation format into another format.

Here are the major functions of the presentation layer:

The application layer is the topmost layer through which users and applications can access the network and various network services. In addition, it requests data from the presentation layer and displays it to the end-users.

Some major functions of the application layer are as follows:

Difference Between OSI and TCP/IP

The following table highlights the differences between OSI and TCP/IP models:

The Open System Interconnection (OSI) model is a conceptual model that guides vendors across the globe to create interoperable communication products and software programs. Also, it is a reference model that defines the functions of a networking system.

In this blog post, we have discussed what exactly the OSI model is, its characteristics, advantages, and disadvantages. Also, we have defined the seven layers of the OSI model and the difference between TCP/IP and OSI models.

We hope you find this article helpful in expanding your knowledge of the OSI model. If you have any queries, post them in the comments section below.

The following are the seven layers of the OSI model:

2. What is half-duplex communication?

3. What is full-duplex communication?

Full-duplex communication is also two-way or bi-directional communication. In this type of communication, both end devices can act as sender and receiver at the same time. 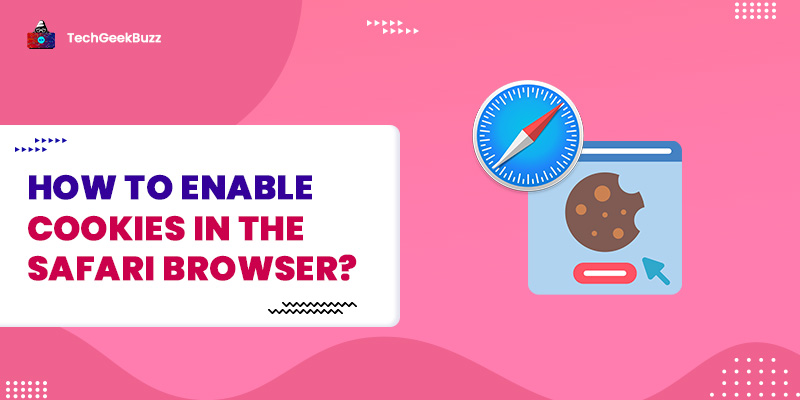 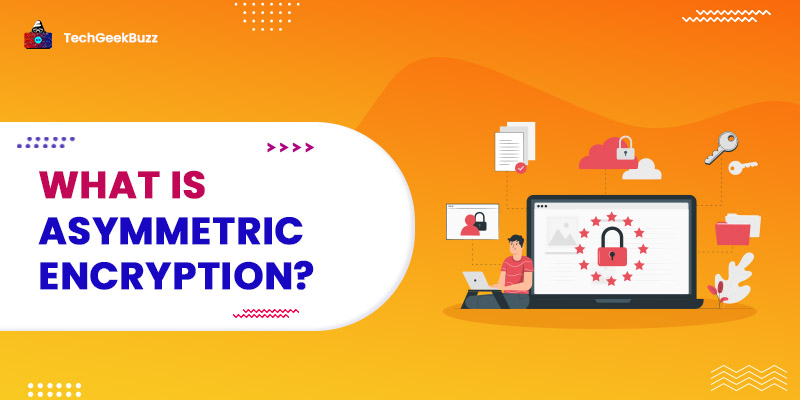 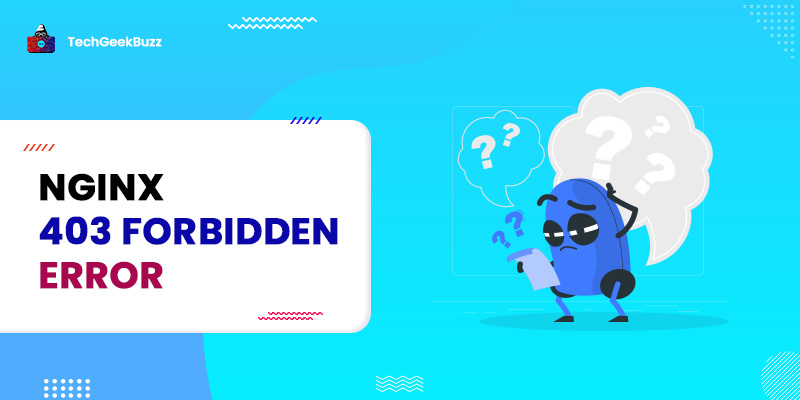