Xamarin vs React Native - How do they Differ? 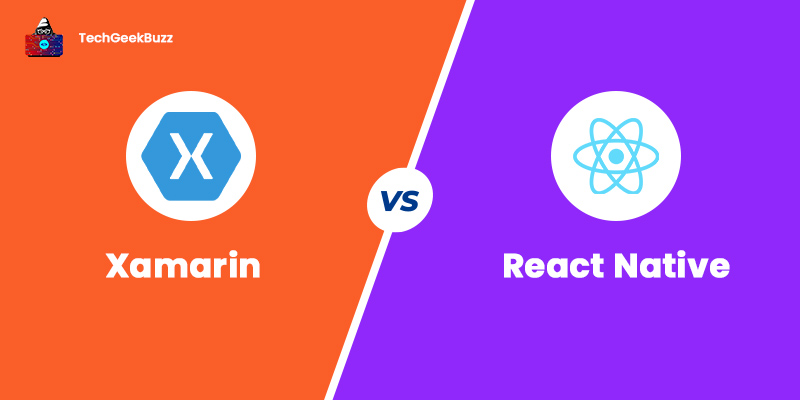 The mobile development industry is expanding faster than ever before. A number of new applications are added to the Google Play and Apple App Stores every day. Since mobile applications come in handy to accomplish various tasks, every smartphone user leverages them. As the demand for mobile apps is sky-rocketing, so is the development.

If you are among the ones who find it difficult to make a pick between Xamarin and React Native, this article is for you.

So, here it goes!

The applications that you develop in Xamarin provide a native look and feel. In addition, this framework lets you use Objective-C, C++, and Java libraries while developing mobile applications.

You can write the source code of your application on desktops and compile it into native packages, i.e., a .apk file for Android and a .ipa file for iOS. This framework is perfect for developers who use Visual Studio and C# to develop cross-platform applications.

Xamarin was a company that was intended to release a new collection of mobile products. This company was formed by the developers of Mono, which is an open-source .NET framework. In 2012, the company released Xamarin.Mac. It serves as a plugin for the MonoDevelop IDE. This plugin enabled developers to create mobile applications for the macOS platform.

The year 2013 witnessed the release of Xamarin 2.0. It consisted of two components, namely Xamarin Studio and the integration with Visual Studio. Visual Studio is the IDE for the .NET framework and allows developers to create applications for iOS, Android, and Windows.

Later in 2016, Microsoft acquired Xamarin. They made it an open-source tool and integrated it with the Visual Studio IDE.

The following are the notable features of Xamarin:

Some remarkable upsides of Xamarin are as follows:

The following are major disadvantages of Xamarin:

When to Choose Xamarin?

It is ideal to choose Xamarin if you wish to:

React Native is an open-source framework built on top of React, a JavaScript-based UI library. This framework lets developers build robust mobile applications that provide a native look and feel on Android and iOS platforms. It allows you to write applications in JSX (JavaScript Syntax Extension), a mixture of JavaScript and XML-esque markup.

Since its inception, React Native has been one of the most preferred mobile app development solutions. One of the major reasons for its popularity is the React library which forms its basis. It is also a popular JavaScript library for creating interactive user interfaces.

The development of React Native began when Meta (formerly Facebook) decided to make its service accessible on mobile devices. To do so, they leveraged a mobile webpage based on HTML5. However, this solution had scope for UI and performance enhancements.

In 2013, Jordan Walke, a developer at Meta, discovered a method for generating UI elements of iOS applications by leveraging JavaScript. The company later conducted a Hackathon to uncover the capability of JavaScript for mobile app development. This Hackathon resulted in the development of React Native.

The prominent features of React Native are as follows:

Here are some noteworthy benefits of React Native:

The following are the significant downsides of React Native:

When to Choose React Native?

Choosing React Native would be ideal if you would like to:

Let us now discuss the differences between Xamarin and React Native.

The official website of React Native claims that applications developed in it provide native-like performance. However, the only possible way to achieve actual native performance is by developing applications using programming languages, such as Java, Objective C, and Swift.

On the other hand, Xamarin has the edge over React Native in terms of performance. This is because it leverages platform-specific hardware acceleration, providing excellent application speed.

Working with React Native is not limited to a single IDE. You can work with any integrated development environment (IDE) or text editor to write the source code. Some popular IDEs and text editors that you can use with React Native are Sublime Text, Visual Studio Code, VIM Editor, and Atom.

On the contrary, you get only one IDE option with Xamarin: Visual Studio.

However, what sets Xamarin and React Native apart in terms of speed is the hot reloading feature. The hot reload feature has the capability to reduce the overall development time since it does not require reloading the entire application after every small change. Xamarin does not support hot reload, while React Native does.

React Native leverages JavaScript, while Xamarin uses C#. Therefore, if you are proficient in C#, Xamarin is good to go. On the flip side, if you have experience working with JavaScript, React Native is ideal.

Xamarin vs React Native - Which One is the Best?

It is a pretty tough task to state which framework is superior to the other one because both Xamarin and React Native are of high quality and developed by leading tech giants. Also, both these frameworks enable developers to create applications for Android and iOS that provide a native look and feel.

As a result, instead of determining which framework is best, it would be better to concentrate on the framework that best fits your project requirements. Also, if you are proficient in C#, go with Xamarin. React Native would be perfect if you are well-versed in JavaScript.

That was all about the differences between Xamarin and React Native. Both are open-source frameworks and let you create mobile applications for various platforms that provide a native look and feel. However, the choice between the two ultimately depends on personal preferences, proficiency in the supported programming languages, and project requirements.

Yes, learning Xamarin would be beneficial for mobile app development since it leverages C# and .NET, which are the most popular and trustworthy technologies for all mobile platforms.

If you are proficient in C#, Xamarin is the best choice. Meanwhile, React Native is ideal if you have profound knowledge of JavaScript.