Objective C vs Swift: Which One to Choose iOS Development 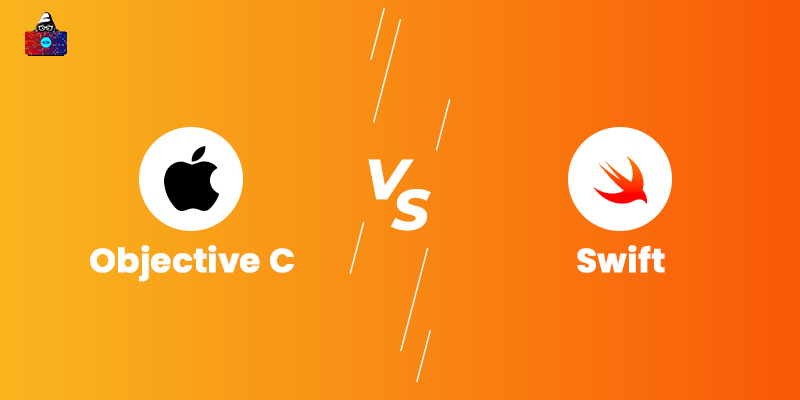 This article aims to compare Objective C and Swift to highlight all the key differences between them. But before we start with the comparison, let us have a brief overview of each programming language.

Here's a quick overview of both programming languages.

Apple Inc. had developed this programming language as a replacement for its veteran programming language Objective C. It is designed for the further development of iOS, macOS, watchOS, and tvOS. On 2 nd June 2014, Apple announced Swift as its official language for developing apps for all its operating systems. It was originally designed by Chris Lattner, Doug Gregor, John McCall, Ted Kremenek, Joe Groff, and Apple Inc. Soon after the launch of Swift, it started to gain widespread popularity because when compared to Objective C, it is easy to learn and implement. Like Objective C, Swift can also work with Cocoa and Cocoa Touch frameworks.

As Objective C  has become obsolete, it does not have a bright future. So, if you want to be an iOS developer, you should choose Swift as your primary programming language. Today, Apple uses Swift on a great scale because of its powerful features, fast performance, and growing community. We hope that you have learned all the important differences between Objective C and Swift that will make it easier for you to choose the right programming language for your journey as an iOS developer.

There are many discussions out there regarding the speed of Swift and Objective-C. Apple's official website claims that Swift is 2.6 times faster than Objective-C, while many other studies state that the difference between the speed of both the languages is not as surprising.

Swift is a programming language for iOS development designed by Apple Inc. as an advancement to Objective-C.

Yes, Swift is safer than Objective-C because it has no buffer overflows, no integer overflow, and no unsafe memory management.

Swift outperforms Objective-C in many terms. It is safer, easier to learn, and faster. Also, it has excellent memory management and supports dynamic libraries. So, Swift is growing popular day by day as an alternative to Objective-C for iOS development.