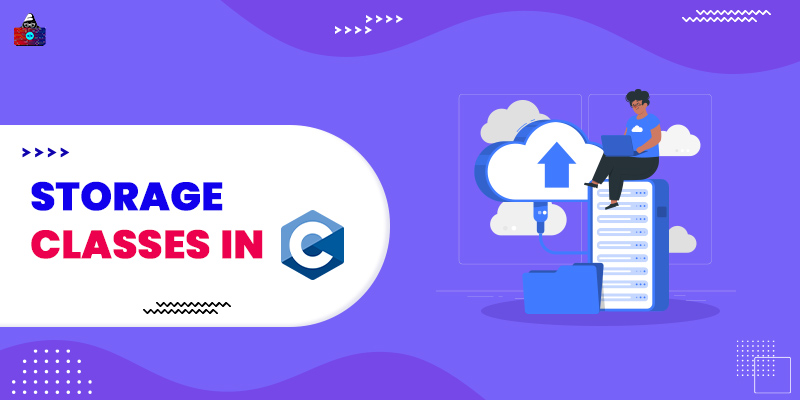 What are Storage Classes in C?

With the help of storage classes, we can classify all these above properties of a variable at the time of its declaration.

We use the static keyword to make a variable, and it belongs to the static storage class. If a variable becomes static by nature, its values by default become zero. Though its scope will be limited to the function blocks, its value is not destroyed even after the function execution. It uses the RAM memory to store the variable value. We often use the static storage class specifier when we want the user-defined function local variables not to destroy their value after each function call. Code Example:

Note: If you try to execute the above program without the extern keyword, it will print garbage value for i.

Storage classes in C describe all the features or properties of variables, such as default value, variable storage, variable scope, and variable life. Alternatively, we can say that storage classes in C determine the visibility, initial value, and lifetime of a variable. We have explained all four types of storage classes, namely automatic, register, static, and external, along with their examples. We hope this article has helped you have enough clarity on what a storage class in C is and its different types. You can post your queries or suggestions in the comments section below, if any. People are also reading: