What is Functional Programming? A Beginner's Guide 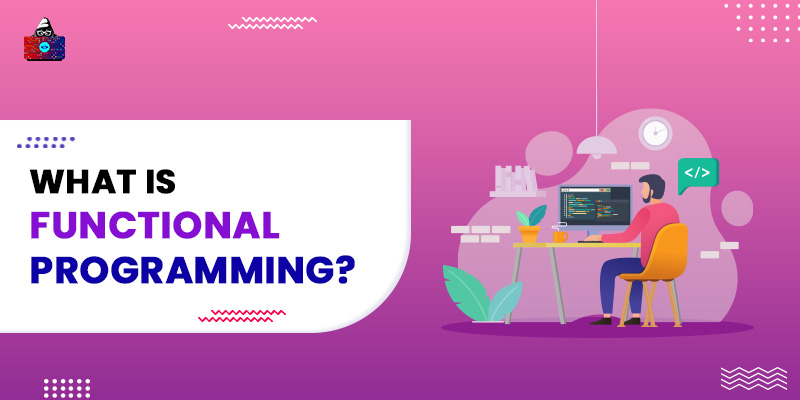 Functional Programming is a very vast area. But fortunately, we can define it with simple key points because it is derived from a key idea or a very easy principle. Here in this article, we will cover that principle so you could get a better understanding of what functional programming is.

What is Functional Programming?

There are some specific concepts and terminology we use in Functional Programming.

Recursion is when a function calls itself in order to iterate over a statement. In functions, we often use recursion for iterative operation though it has an impact on memory because, for each recursion, it occupies the same amount of memory as a complete function. The recursion of a function may be infinite. So we set a base condition with each recursion function. When the recursion meets the base condition, the program returns a value and terminates the function execution.

With modularity, we increase the productivity and reusability of code in the program. We can create small modules and use them whenever we want. As we can create modules separately, it makes it easier for testers to test and debug each module.

In the pure function, the outcome or result of a function remains constant with respect to the argument or input list. This is also known as Referential transparency. In referential transpiration, calling the same function with the same inputs return the dame result.

Advantages and Disadvantages of Functional Programming

Here are some notable advantages and disadvantages of functional programming:

In functional programming, we try to merge everything in pure mathematical functions style. This programming paradigm makes it easier for testers to test and debug programs. Also, it helps you write clean and maintainable code and achieve parallel processing. We hope you have gained enough clarity on functional programming after reading this article. You can share your queries regarding this topic in the comments section below.