Programming Paradigm - A Step by Step to Programmers 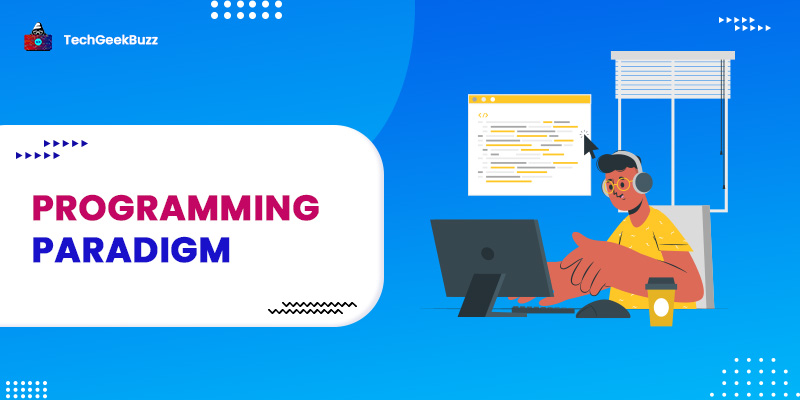 The programming Paradigm is mostly related to high-level programming languages, you must be heard of object-oriented programming (OOP) which is the most famous programming paradigm, OOPs are mostly used to solve real-world problems.

There are commonly two types of Programming paradigms in use:

If you have coded in C++, Python, Java, or any other high-level language, that means you have used imperative programming. In this programming approach, you may have noticed that the outcome of the program depends upon the steps. In simple words, the problem solving step by step. Here, in imperative programming, we use commands which define which would be the next step the compiler or interpreter should execute to run the complete program. Imperative programming is similar to cooking, first do this then do this, which means you cannot directly jump to a process until you finish the previous one.

In imperative programming, the flow of the program control by the commands and statements, and the state of the program get changes continuously which affects the global state of the computation. The changing of state helps to achieve the goal and it makes the program more logical. There are two types of Imperative Programming:

In procedural programming the code of the program executes linearly with logical steps, it follows the top to bottom approach, the code is written first and considered executed with some conditions. The conditions are decided by the procedure calls. For example, if there are two functions in the program the main function executes first and the code will execute from top to bottom.

There are many languages that follow this type of programming paradigm such as regular expression, SQL, etc., these languages focus on the output rather than the steps or linear execution of steps. There are three types of Declarative Programming:

Logic Programming is completely based on mathematical logic, where we need to follow some set of rules to get a result. Every programming language that supports Logic programming, has some facts and rules about some problem domain. Prolog, GHC , Parlog, Vulcan, Polka, Mercury, Fnil are examples of Logic programming.

Through this article, we have discussed five different types of programming paradigms, namely procedural, object-oriented, functional, logic, and database-driven. Feel free to share your queries in the comments section below.