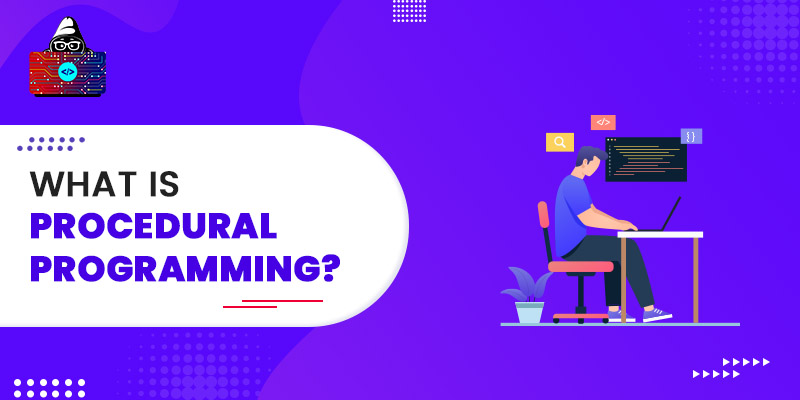 At the beginning of the programming journey, especially when we start with high-level programming languages, such as C, C++, Java, and Python, we hear about programming paradigms such as functional, procedural, and object-oriented programming.

When we start programming, we mostly focus on the syntax and the logic of programming more than any other basic technical terms related to a specific programming language. But when we dive deep into the programming world, we start to learn all the basic terminologies and all the other types of techniques used in programming.

Here in this article, we detail procedural programming and its advantages and disadvantages.

What is Procedural Programming?

It is a type of programming paradigm derived from structured programming that focuses on improving the computer program's clarity, quality, and development time. It is based on the concept of the procedure call. We also call it imperative programming.

Also, we sometimes refer to procedures as routines, subroutines, and functions. It also follows the concept of functional programming that helps to fix a block of code and increase its reusability.

In procedural programming, the program's code executes linearly with logical steps. It follows the top-to-bottom approach, i.e., the code is written first and executed with some conditions. The procedure calls decide the conditions.

For example, if two functions exist in the program, the main function executes first, and the code will execute from top to bottom.

Procedures and modules operating on data are treated as separate entities in procedural programming. While in OOPs, the methods that operate on an object's data are considered the same entity.

Drop your questions and suggestions in the comments section below.