Union vs Structure: What's the Difference? 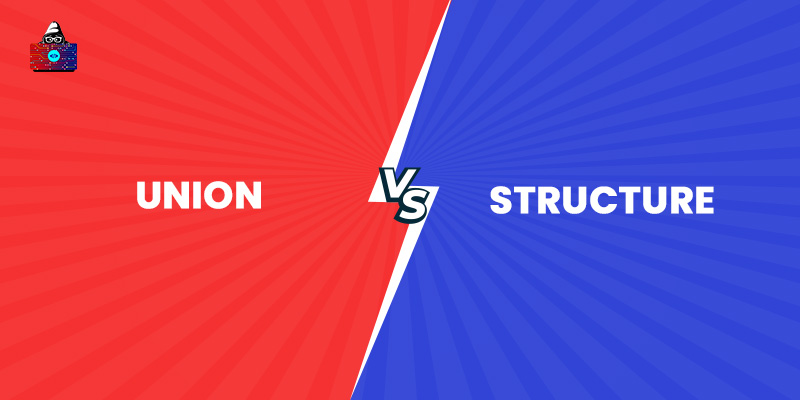 Nonetheless, this article will discuss all the key differences between union and structure that you should know if you want to work with them. So, without further ado, let's get started!

To begin with the comparison, we will give a brief overview of these two data structures of the C programming language and learn their syntaxes with the examples.

The structure is a user-defined data type available in C and C++ programming languages, which is used to collect heterogeneous data types with the same group name. Like an array , a structure can store many items, with a common group name.

Here, the structure name is ‘student’, and name, roll_no, and phone are its members. Also, the std is a structure variable.

The union is a user-defined data type that can also store different data types and they all share the same memory location and size. The size of a union data type depends upon the largest data type stored in that union. Suppose if a union has 3 data types: a char, an int, and a float, then the memory allocated to the union, according to the float and the size of the union, will be equal to the size of the float. As mentioned earlier, union and structure have the same syntax. However, to define a union data structure, we use the union keyword.

Where to Use a Union and Structure?

Union: We use union where a single member is enough to serve the purpose. For example, we want a data structure that only accepts one value to find a student from a class. It’s up to you whether you want to enter the student roll no or his name to find him/her.

Go with the union if you wish to store the values of two or more variables in the same memory location. If you want all data members to have distinct values stored in different memory locations, use the structure.

We use unions in C because it lets us store data members of different types in the same memory location. They assist in managing memory more efficiently.