Coding vs Programming: What's the Difference? 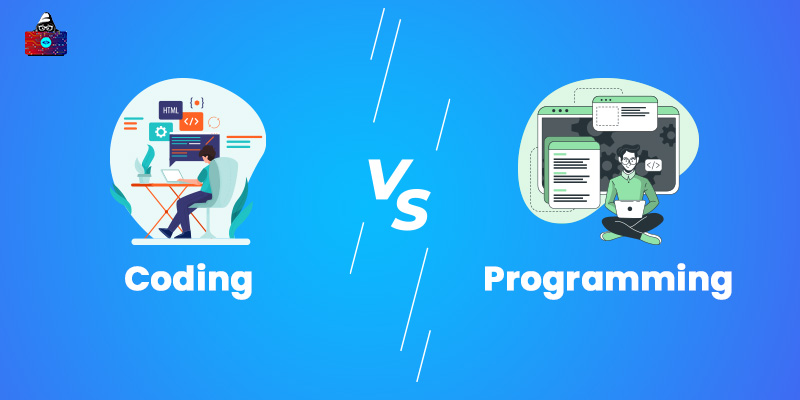 We often use coding and programming to refer to the same process and use them interchangeably, but in reality, they are not the same. Programming and coding have different meanings, and both terminologies are used for different scenarios. For a Computer Science student, it is necessary to know the difference between coding and programming so he would not get confused as to whether he should call himself a coder or a programmer. Here in this article, we have outlined all the key differences between programming and coding. So without further ado, let's get started!

Programming is more than coding; we can say that coding is a subset of programming. In programming, we analyze and implement various algorithms, understand the data structure, find solutions for real-world problems, write code, and a lot more. Programming is a broad picture of coding. With coding, we only learn how to code, but with programming, we learn how to write efficient code. In Computer Science , programming is a formal approach to address your skills. To be a programmer, you need to improve your skills as a developer, coder, analyst, and more. Also, it takes a lot of time and knowledge to become a skilled programmer.

To Wrap it Up

As we have discussed above, coding and programming are two different things. While coding is something that requires you to only write code, programming involves a lot more responsibilities. A coder only needs to focus on developing code that meets the requirements of a software, whereas a programmer needs to be aware of all the phases of the software development life cycle. A programmer has all the skills required to progress the development of a software or application right from its inception to the final delivery. We hope that through this article you have cleared all your doubts regarding the topic of coding vs programming. Also, if you have any suggestions or queries, leave them in the comments section below. People are also reading: