What is Java? Definition, Features, and Components 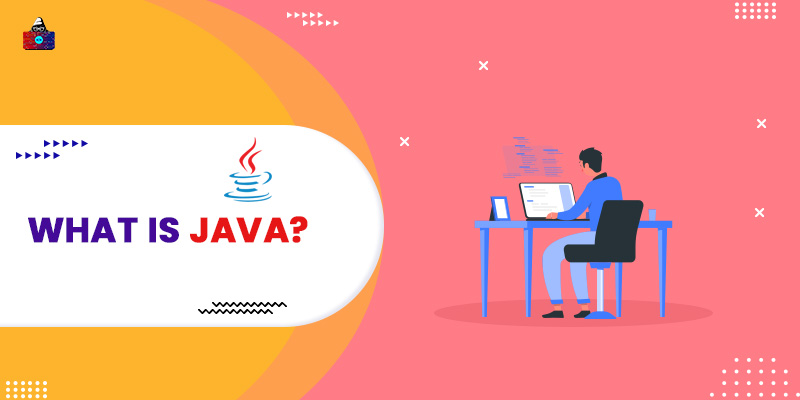 It is a general-purpose, high-level, class-based programming language. It follows the principle of Write Once, Run Anywhere (WORA). Meaning that, once you write and compile a Java program, you can run it on any other Java-enabled machine without recompiling it. This is because the Java programs are compiled into bytecode that can run on any Java Virtual Machine (JVM). The syntax of Java is closely similar to C and C++. Moreover, it is an object-oriented programming language that follows all four concepts, namely polymorphism, abstraction, encapsulation, and inheritance. However, it is not a pure object-oriented language. The reason is Java has primitive data types, such as byte, short, int, long, char, float, double, and boolean, which are not objects. Along with a programming language, Java is also a computing platform. This platform allows developers to write and run Java programs efficiently. It primarily comprises an execution engine, compiler, and set of libraries.

James Gosling, Mike Sheridan, and Patrick Naughton, in June 1991, began developing the Java language project. Originally, they designed this language for interactive television. However, it was too advanced for the television industry at that time. Initially, the developer, Games Gosling, named the language 'Oak.' He got this idea from an Oak tree that was present in front of his office.  After that, developers named it Green. Finally, Games Gosling renamed the language Java, a type of coffee from Indonesia. While creating this language, the developers had the following five principles:

In 1996, Sun Microsystems released the first version of Java, Java 1.0, publicly. Thereafter, the company released many versions of Java with additional and advanced features. However, in 2009-10, Oracle Corporation acquired Sun Microsystems. Today, the Java language is maintained and owned by the Oracle Corporation. The latest version of Java is Java 18, as of March 2022.

The following are the salient features of Java:

Let us now shed light on some remarkable advantages and disadvantages of Java.

As discussed earlier, Java is a general-purpose programming language. The following are some of the significant applications of Java:

There are three primary components of Java, namely JRE, JDK, and JVM. Let us discuss each of these components in detail below.

Java Development Kit (JDK) is a distribution of Java technology and one of the core components of Java programming. It is a software development environment that comprises a set of standard libraries and tools that developers use to build Java applications and applets. Many people get confused between JDK and JRE. If you simply wish to run Java programs on your system, JRE is sufficient. However, if you wish to develop a fully-functional Java software application, you need JDK with JRE. JDK includes the following tools:

The aforementioned tools are used to build and run Java applications.

Java Runtime Environment (JRE) is a set of components required to run a Java program on a computer. It is a part of JDK and consists of loader classes, libraries, and JVM. JRE is a mandatory component of Java programming if you wish to develop and run Java programs. It comprises of:

Java Virtual Machine (JVM) is a virtual machine or a runtime engine that provides an environment to run Java applications. It is part of JRE. Moreover, it takes bytecode from the Java compiler and converts it into machine code. It comprises various libraries, tools, and frameworks. In addition, JVM has a built-in just-in-time (JIT) compiler, which compiles the source code during its execution.

There are four different types of Java Platforms, as follows:

The API of Java provides all the functionality of Java programming. This type of platform defines everything from the fundamental types and objects of Java programming to high-level classes. Moreover, this platform is ideal to use for networking, database access, graphical user interface (GUI) development, and XML parsing.

This platform, Java EE, is built on top of Java SE. It provides an API and a robust runtime environment for developing secure, highly scalable, large-scale, reliable, and multi-tiered network applications.

The Java ME platform provides an API and a small-footprint virtual machine for running Java applications on small devices, like mobile phones. The API of this platform is the subset of the Java SE API.

The Java FX is a robust platform for creating feature-rich internet applications using the Java FX Script. It is a statically-types declarative language. The Java compiler converts programs written in Java FX script into bytecode, and the JVM can run that bytecode.

This brings us to the end of our discussion on Java. It is a general-purpose language with a wide range of applications. Thanks to its features and versatility. You can use it for developing a variety of software applications, including mobile, desktop, gaming, and cloud-based applications. Furthermore, Java is majorly used as a server-side technology for back-end development projects. We hope this article has helped you gain in-depth insights into Java. If you have any queries regarding this topic, do let us know in the comments section.