Python Exception or Error During the Run Time 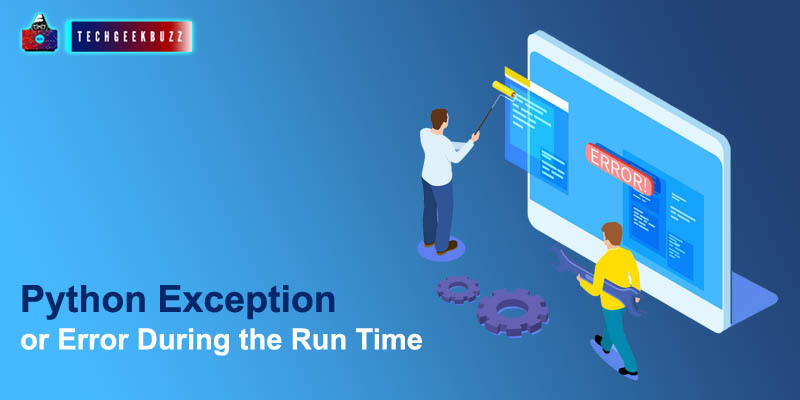 In this tutorial, we will discuss what is Python Exception and when and why they occur. There are many kinds of errors in Python and one of the most common errors is syntax error this error occurs due to some misalignment of syntax and the python interpreter could not understand what that syntax wants to say.

Behind the code: In the above example we got an error because we did not put a colon(:) after the range() so the interpreter get confused with the statement and throw an error.

Sometimes we see that our python code gets executed and the interpreter does not collect any error from the code suppose in that code we ask a user to enter an integer value, but the user enters a string instead, this could cause an error this kind of error known as Exception. An exception can be defined as those errors that occur in the program during the runtime or by some unexpected user input. Some most common Exception are FileNotFoundError , ZeroDivisionError, ValueError and ImportError. Example:

Behind the code: In the above code, the prograM asked for an integer value but we provided a string, this causes a runtime error.

There are many built-in Exception in python that can raise an error. We can see all the built-in exception using the locals() built-in function Syntax: locals()['__builtins__'] Built-in Python Exception: