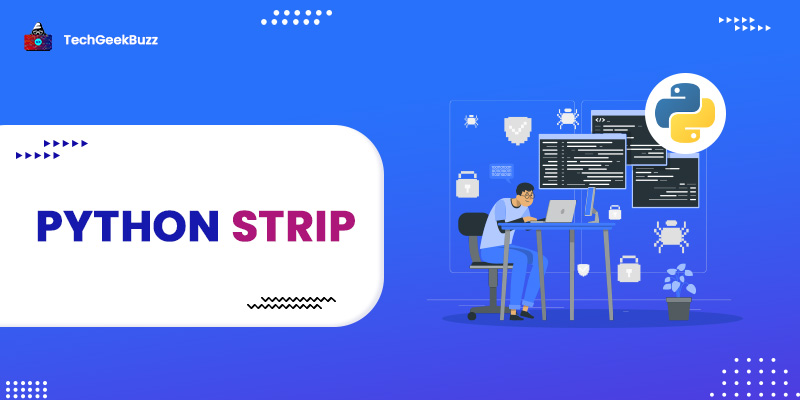 strip() method can remove characters from the left and right sides of the string based on the passed argument.

In the above example, the string identifier has a value "    TechGeekBuzz    " , and there are 4 spaces at the beginning and end of the string. Python reads spaces as normal characters and prints them. The strip() method removes those spaces and prints the text. The strip() method only deals with the initial and ending spaces and characters of a string. It does not remove the extra spaces between the characters.

In this example, the strip() method only removes the spaces that were at the beginning and end of the string .

Following are the key points to keep in mind while working with the Python strip() method:

We hope that this tutorial has helped you to develop a sound understanding of the Python strip() method. However, if you have any queries related to the Python Strip method, leave them in the comments section below.