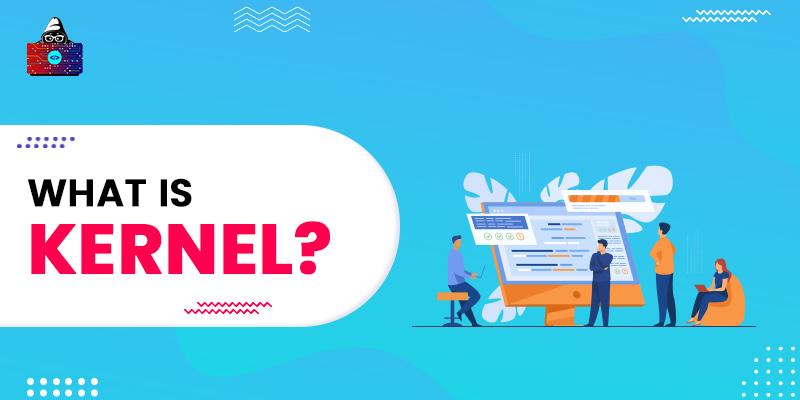 The kernel is the most important part of your machine that is responsible for all the tasks that are done in an operating system. This includes interaction with hardware devices, scheduling processes, and managing multitasking.

In this article, we will discuss the Kernel of a machine. We will look into its work and what are the different types of Kernels available for us.

An operating system is system software that is installed on your computer and serves as a bridge between the hardware and the software applications you use. When your program needs to interact with the hardware, the operating system (OS) talks with device software (drivers) and provides the respective command, which the driver interprets, so the printer understands.

A computer operating system's kernel is its most essential component. It is the software in charge of overseeing all other programs on the computer. When you turn on your computer, it performs some type of starting (booting) procedure, such as a RAM check. It is in charge of allocating and releasing memory space in order for the software to operate.

The kernel is typically in charge of memory management, process and task management, and disc management. A kernel is a component of every operating system. The Linux kernel, for example, is used in a variety of operating systems, including Linux, FreeBSD, Android, and others. Below is the figure that shows the interrelation between the various aspects of your machine. 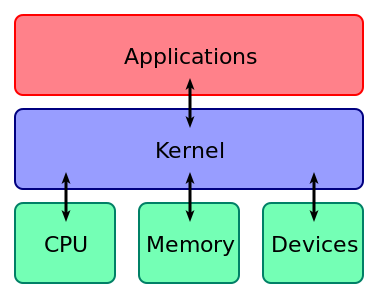 The kernel typically handles everything at the lowest level, which means it has access to all devices and hardware for executing user instructions. A kernel is made up of the following components:

The Application Programming Interface (API) is the interface via which user applications can access kernel services. The apps do not have direct access to the Kernel but instead communicate via API.

System calls -  How we interact with the Kernel

System calls are programs that explain how a user-level task seeks a service from the operating system's kernel. A job that requires Kernel-level access to the hardware may be requested by a user. To do this, a system call will be created to gain access to that hardware device. For security concerns, user-level programs cannot directly access the hardware.

The open() system function, for example, offers a handle to read and write to files. Writing to a file on a filesystem, as easy as it sounds, is actually extremely complicated. The code operating in the kernel does all of the work on the user's behalf. This involves copying the data to a physical disc and changing the filesystem's directory.

A monolithic kernel is one in which the entire operating system runs in privileged mode, as opposed to a microkernel, in which only the bare minimum of OS functionality runs in kernel mode and everything else, such as the file system, device drivers, and network stack, runs in user mode and has the same privilege as a regular userland application. Examples of Monolithic kernels are Linux, UNIX, Open VMS, etc. Examples of Microkernel include Mach, L4, Amiga OS, etc.

It is a combination of Monolithic as well as Microkernel. It uses a design part of a monolithic kernel, while its modularity is derived from a microkernel. Examples include Windows NT and Netware.

Nano Kernels are tiny kernels that offer hardware abstraction but do not provide system services. They only offer the most fundamental OS functions, with the remainder implemented as applications.

Exokernel is a kernel that aims to enable application-level hardware resource management. To allow for application-specific customization, the exokernel architecture is designed to isolate resource protection from management.

Microkernel offers the fewest mechanisms, just needed to perform the most fundamental operations of a system in order to optimize implementation freedom, allowing other portions of the OS to be built effectively because it does not enforce many regulations.

We looked through Kernels' introduction, operation, components, and types. You've probably realized that a kernel handles virtually every process that occurs on your computer. However, because we do not have direct access to the kernel, we must rely on an API and system calls to do kernel-level activities. Finally, we saw how the Kernel is separated into two sections based on its architecture.

A kernel is a system software and the lowest level of an operating system.

The components of a kernel are: 1. Memory administrator 2. Scheduler for processes and CPUs 3. Device controller (s) 4. The Virtual File System.