What is Linux Operating System? 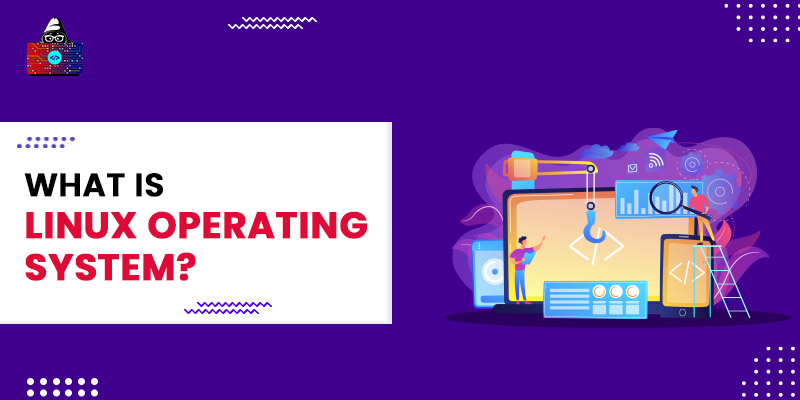 Linux is one of the most powerful kernels available for users. It may be used for a variety of tasks, such as hosting, development, and office purposes. In this article, we will go through the Linux kernel introduction, its distributions, and features and make you realize the power of Linux. Let's get started.

Linus Torvalds started working on Linux in 1991 as a pet project at the University of Helsinki, with the goal of providing a free and open-source alternative to the academic MINIX operating system (developed by Andrew Tanenbaum), as MINIX required an educational license for use. The name "Linux" is derived from Linus and MINIX.

What is Command Line Interface?

A command-line interface (CLI) is software (or a portion of a program ) that constantly runs on a computer, takes user input entered into the keyboard, processes it, and optionally displays a result. A Linux shell is an example of a command-line interface. It receives character data from a terminal device and requests that the instruction is processed by the Kernel.

In the case of Linux, the kernel is in charge of keeping track of the different pieces of software that are executing, as well as keeping track of what memory is available and giving over portions of free memory to programs as they want it. The kernel handles all hardware devices and mediates interactions between hardware devices and running applications. The kernel can examine raw data on a disc to determine how it is organized as files and then offer those files and drives as locations where applications may read and write data.

Moreover, the kernel manages data flow via networks and between applications, maintaining connections and sending data where it should go. All the scheduling algorithms, including short-term, long-term, and medium-term schedulers, are written inside the kernel that ensures proper processing of each task.

Linux-based operating systems, like Windows or MAC, may be used for virtually everything. Video editing, music listening, office work, printing, online surfing, and file sharing are some of the more typical basic activities that may be done. Many people say that Linux is an operating system. However, that is not completely true. Operating System is just a user interface. All the tasks and device interfaction part is done by the Kernel.

With multitasking, the CPU can handle many processes at once without going into idle mode. When an interrupt occurs, the OS simply switches between activities, which might involve updating graphics or sending new information to the GPU. Multitasking can remove a process in the middle, even if it isn't finished, and then reintroduce it to the CPU for processing. Short-term schedulers manage the removal and insertion of a process into the CPU.

It is an open-source tool that anybody may use for free. A user can even obtain the source code and change it to suit their needs. Open source also aids in the speedier removal of bugs and gives everyone an equal opportunity to contribute to a project.

We have a wide variety of Desktop Environments available in Linux Operating Systems. These include Gnome, Mate, Cinnamon, KDE Plasma, etc.

Multiple users can work together on a single Operating System without interfering with others. They cannot read or write other users’ data without permission. This feature is very helpful for companies and organizations since multiple people may work on a single OS.

Namespaces isolate the hardware resources for a process by providing this process a separate room where it can access these resources without being interfered with by others. This is helpful in containerized projects.

What is Linux Distribution?

In this article, we saw the introduction, features, and various components of the Linux kernel. It is one of the most efficient kernels that are the core of popular Operating Systems like Ubuntu, CentOS, Android, etc. We also saw a few Linux distributions that are built over the Linux kernel and interact with the users.

The major difference between Linux and Windows is that Linux is an open-source OS, while Windows is commercial.

Linux is written in C and assembly languages.

For beginners, it may seem pretty difficult to learn Linux. But, if you practice and master it, it is very easy.

Yes, Linux is a popular operating system among hackers because of its open-source nature, command-line interface, and compatibility with major hacking tools.