What is Ruby Used For? Real-World Applications 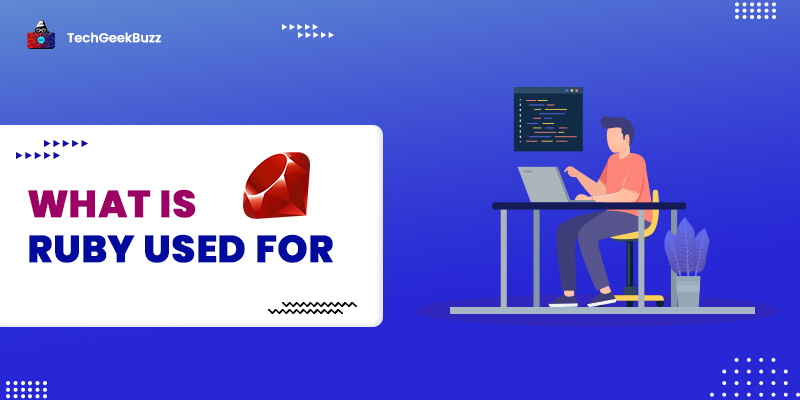 Ruby is an interpreted, high-level programming language. It is a general-purpose language that supports various programming paradigms , such as object-oriented, functional, and imperative. It primarily focuses on the productivity and simplicity of programming.

In this article, we will present some popular real-world applications of Ruby. Also, we shall briefly introduce you to what Ruby is and why it is popular.

Developed by Yukihiro "Matz" Matsumoto in the middle of the 1990s, Ruby is an object-oriented language. This dynamic language has an elegant syntax that makes it easy for novices to read, learn, and write. Basically, it is a server-side scripting language that includes the best features of other programming languages, such as Python , Perl, LISP, Eiffel, Ada, and Smalltalk.

Ruby is a dynamically-typed language that leverages just-in-time compilation and garbage collection. You will find everything as an object, along with primitive data types in Ruby. The syntax is analogous to C and Java. So, if you are already familiar with C or Java, learning Ruby will be simple and quick.

Moreover, the language can easily embed into HTML tags, is used for writing Common Gateway Interface (CGI) scripts, and comes with a wide range of built-in functions that you can use in your Ruby scripts.

Though Ruby entered the market of programming languages in 1995, it did not gain any attention until 2006. Later, the language became a center of attraction among developers worldwide because of the advent of Ruby on Rails. This full-stack web framework transformed the way web applications were developed earlier. It makes it possible for developers to produce web apps more quickly.

Let us now shed light on the remarkable features of Ruby to gain a better understanding of the language.

Advantages and Disadvantages of Ruby

Here are a few major benefits and significant drawbacks of Ruby:

What is Ruby Used For?

Now, let us move on to discussing the real-world applications of Ruby.

Ruby’s popularity began among developers after the inception of Ruby on Rails. This framework was released in the market in 2006, and since then, the approach to web development has been completely revolutionized.

Before the advent of this framework, developers required a lot of time to write code. The framework comes with all the features that facilitate web development and assist developers by eliminating the need to code everything from scratch. It features code generators that create code for your application’s part with just a simple command. As a result, developers have to take minimal effort in writing code.

Moreover, Ruby on Rails makes use of standard conventions that specify the structure of every Rails app. As a result, configuring apps takes less time for developers.

Along with website development, Ruby is also popular in DevOps and automation. A popular web deployment platform called Heroku originally only supported Ruby, though it supports a variety of languages today. This platform makes it easy for novices to deploy applications with ease, even if they do not possess knowledge of DevOps.

Moreover, this platform gained traction among startups as it allowed them to code, test, and deploy their applications without the need for a dedicated DevOps engineer.

Another popular tool developed in Ruby is Vagrant. This tool allows users to manage virtual machines from the command line. With Vagrant, you can code and run an application developed for a specific operating system on any other operating system. For example, you can build and run services, only intended for Linux, on Windows and macOS and be sure that they run correctly after deployment.

Static generation is basically the process of compiling and rendering a specific website or application at its build time. The output we get is a set of static files, out of which there is an HTML file.

A web server sends a plain HTML page with little content, which is what a browser receives. Next comes the hydration process, which involves loading content onto the page.

Tools, like Next.js, try to render a website that appears close to what it would look like in a browser but at compile time, with static generation. This becomes possible to serve the entire content on the first load. This implies that websites using static generators produce all of their pages at once. All these pages are deployed to a server. When you visit that website’s URL, you will receive a static HTML file.

Data processing is a process of transforming collected raw data into a usable form. It involves data collection and manipulation by computer systems. Ruby comes with built-in functions, such as reduce, map, and select, that come in handy for data processing. So, we can leverage Ruby for data processing, cleaning, and filtering.

Web scraping is a technique for extracting very large amounts of data from websites automatically. Ruby comes with a vast set of built-in packages that make web scraping a breeze.

On the flip side, web crawling is the process that makes use of automated scripts to index data on web pages. A Ruby library called Vessel lets you crawl and download web pages. There is another library called Nokogiri . Developers find this library handy when it comes to dealing with XML and HTML from Ruby. The primary purpose of this library is to parse the HTML of crawled web pages and derive specific portions of web pages structurally so that it becomes easy for data analysis .

Last but not least, Ruby is popularly employed to create web servers . Unicorn, Puma, and Passenger are a few web servers powered by Ruby. These web servers accept raw HTTP requests, transmit them to the appropriate back-end applications, and manage the response back from the applications. Web application servers developed in Ruby work well with Ruby frameworks.

This ends our discussion on what Ruby is used for. Though developed in the middle of the 1990s, it was not so popular until the advent of Ruby on Rails in 2006. As developers started loving the Ruby on Rails framework, they started to know more about the Ruby language.

Today, the language is popular and in demand. You can use it for website development, building static site generators, creating web servers, web scraping and crawling, data processing, and DevOps and automation.

Hopefully, this article might have been helpful to you in understanding the real-world applications of Ruby.

Website development has been the primary use case of Ruby. Besides this, it is capable of creating web servers and static site generators and is used in DevOps and automation, web scraping, data processing, and web crawling.

No, it is actually not hard to learn Ruby because it has a simple and elegant syntax inspired by C and Java. So, if you already have knowledge of C and Java, you can easily learn Ruby.

You can start with learning the fundamentals of the language through tutorials and blogs available on the internet, along with books. For advanced concepts, you can opt for online courses. 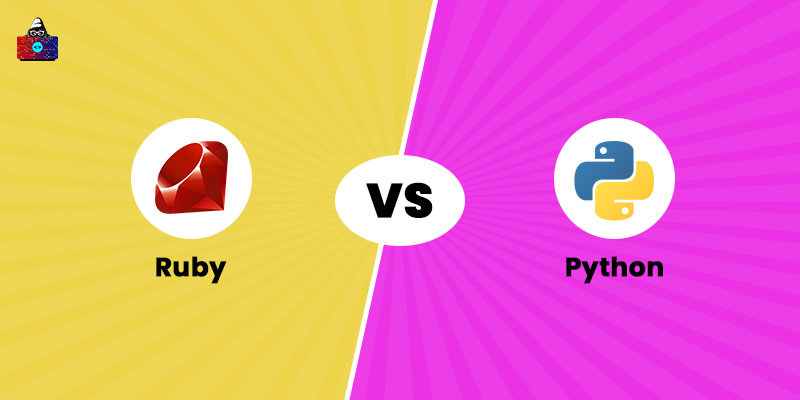