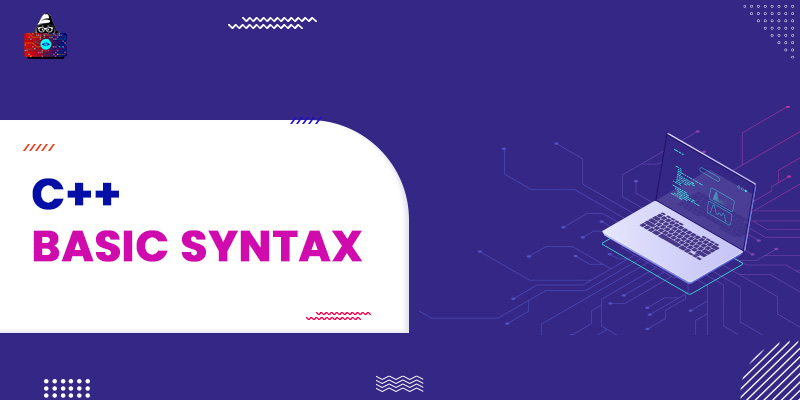 Here in this tutorial, we will discuss the basic terminology that we use in C++. We will also define the basic structure we use when we create a C++ program Note: All the programs we build in this tutorial series are compiled and executed using Dev C++ IDE we suggest you to download Dev C++ if you want to execute the code or else you can execute the same program using any text editor and compiler.

here x is the variable , 2 is the value, and int is the data type which means integer.

Object defines the state and behavior of any variable. The term object use often when we discuss object-oriented programming.

A class is a blueprint of an object which holds all the properties and methods related to the object.

A method defines the functionality related to an object. Note: Do not worry if you did not get all these terminologies, Objects, Class and Methods are the part of object-oriented programming and we defined each one in detail with suitable examples in the Object-Oriented programming section.

Let’s break through the structure of the above program.

Semicolons and Blocks in C++;

Here, after each statement, we have used the semicolon which signifies that the statement terminates there itself. We do not use a semicolon with functions that’s why you can see in the previous hello world program example with the main() function we did not pass any semicolon.

If there is more than one statement inside a curly bracket we refer it a block. Example:

Identifies are the user-defined name given to value and object so we could access that object or value at any point inside a block. There are some rules to define an identifier:

Keywords are the special names that are reserved by the program itself we cannot use them as identifiers. Some C++ keywords:

For C++ white space could be a new line character, a blank space, tabs, and comments, C++ compiler ignore these white space. Example:

This tutorial was all about the overview of those topics which we will cover in upcoming tutorials in detail.