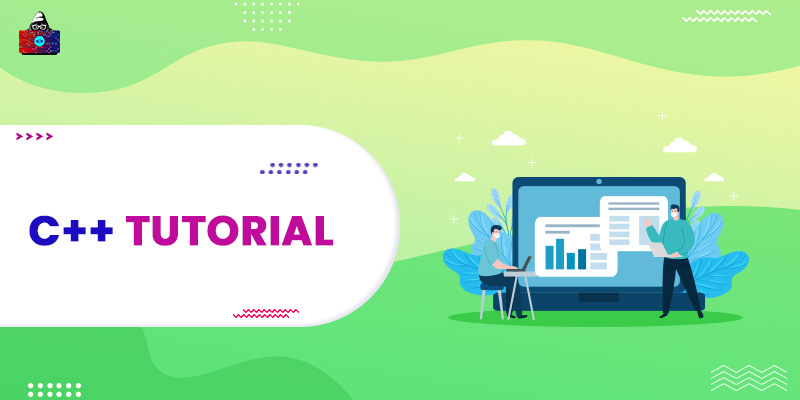 C++ is a static high-level, general-purpose programming language developed by Bjarne Stroustrup in 1979 at Bell Labs. It is a cross-platform programming language which includes Windows, Mac Os, Linux and the various version of UNIX. It is an extension of C programming language, by add ++ sing at the end of C signifies that C++ is an increment of C with some extra concepts. The main purpose of designing C++ to introduce the concept of Object-Oriented programming language in C and make the syntax of C less complicated.

This C++ Tutorial is designed for beginners who have no experience with any other programming language, here we have described all the basic concepts of C++ from beginner level to advance with appropriate examples.

There are many other reasons to learn C++, and it is the most recommended programming language for beginners just because it covers most topics of Computer science.

There are various applications of C++ here we have provided some of the major applications, which elaborate on why developers still use C++.

Application and desktop software development is the major application of C++, with using C++ you can develop a powerful application for desktop. As we have mentioned above that Chrome the most famous web browser build on C++, not only chrome there are plenty of other famous applications build on C++.

C++ is not limited to build desktop applications many high-level programming languages such as C#, Java, Python, etc. also build on C++.

Even in the server, we use C++ for scripting tasks, to design a server many developers use C++ because of its performance.

You can use any compiler to execute this code, you will learn what is a compiler and how can we execute code using a compiler or IDE in the upcoming articles. This article is just to provide an overview of what is C++ and the program here is just representing how can we code in C++.