15 Best CPP Libraries for Developers To Use In 2023 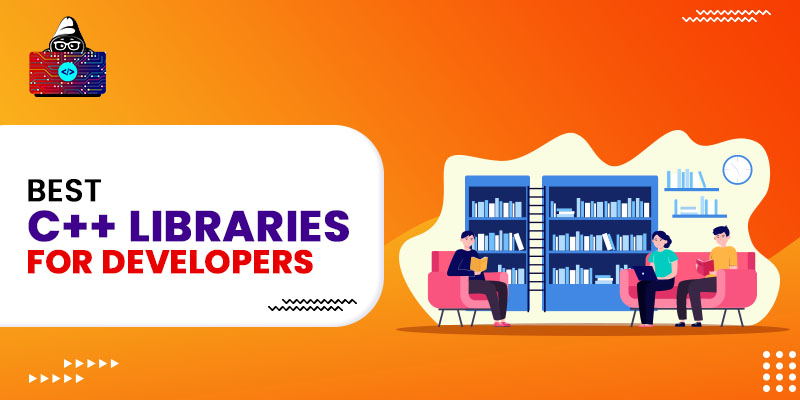 Creating a full-fledged interactive application or program using a high-level programming language could be daunting if you write the code from scratch. Using a library, however, could make this task easier. If you are developing a C++ project, here we have come up with a list of the best C++ libraries for you.

Right now, it is not as popular as it was during its golden days, and yet, it still has a huge loyal community across the globe. There are many popular applications, such as Google Chromium and Mozilla Firefox, which are built on C++.

Building a high-quality application, as stated earlier, using the standard code is very difficult, even for professional developers. That’s why developers use libraries that ease as well as hasten the process of application development.

Here, in this article, we have mentioned 10 of the most popular C++ libraries that you can explore if you are done with the standard C++ library. But before we begin, let's first get a quick overview of a code library.

What is a (Code) Library?

A library is a collection of pre-written code, which includes pre-written classes, functions, methods, etc. It consists of various modules to accomplish different tasks. In simple terms, a  library is a pre-developed, compiled, and tested code that lets developers accelerate their development process without the need to write code from the ground up. We need to import libraries into our program to enhance the program functionality without jotting down all the code from scratch.

Check out: Library vs Framework

As CPP is among the oldest languages, it has a large community of developers who have already created a plethora of libraries. To help you pick the right one, here we are going to list the best C++ libraries list which will boost your productivity. 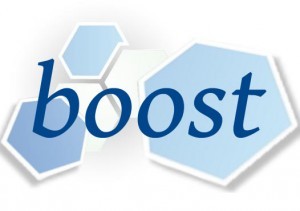 If you want to create a high-quality desktop application, you probably need Boost. It is a well-maintained, cross-platform collection of stable libraries that work smoothly with the CPP Standard library. It contains many packages with pre-written code that cover a broad spectrum of applications and functionalities.

It’s not like Boost is only for advanced developers. Even the intermediate developers can explore this library for fulfilling general-purpose library - like the smart pointer library - uses.

But the drawback is that Boost has a steep learning curve. Also, it is large in size. So, the applications you develop using Boost have large executable sizes. 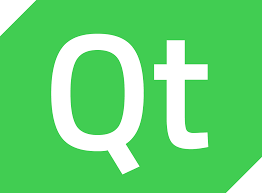 QT is one of the best choices for developers wanting to build graphical programs that can run on Windows, Linux, and macOS. Developed in C++, it is actually an open-source widget toolkit. Apart from desktop platforms, QT applications can also run on Android or embedded systems with little to no changes.

If you are not into graphical applications and, instead, like the terminal and console interfaces, even then, QT can also be of immense use. With it, developers can conveniently build non-GUI programs such as command-line tools and consoles for servers. 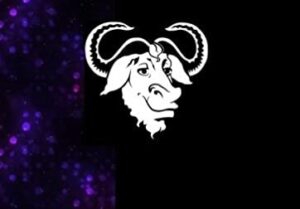 Math- and stats-loving developers who enjoy implementing these concepts in real life using programming can leverage GSL or GNU Scientific Library for the same purpose. GSL is a free-to-use numerical library that provides excellent support for programming in C++ as well as C.

GSL covers a wide range of mathematical routines, such as complex numbers, roots of polynomials, matrices, vectors, and calculus. You can find around 100 functions in it, along with an extensive test suite. It follows an object-oriented design and is thread-safe, and does not have any dependencies.

Furthermore, GSL is intended for ordinary scientific users. Anyone who knows some C or C++ core programming will be able to start using the library straight away.

This C++ library is developed by Microsoft, and it is specially designed for COM objects. It heavily relies on the curiously recurring template pattern . Before ATL, Microsoft developers used Microsoft Foundation Classes (MFC) for that, but it would include large binary files with DLL support.

Asio is that part of the Boost library, which is used for network and low-level I/O programming. It gives support for concurrency that helps a C++ developer to work consistently with the asynchronous I/O model. It is compatible with FreeBSD, Windows, Linux, and macOS and is available under the Boost Software License.

This cross-platform library has been used in many live projects, which include apps and games for mobile devices, dynamic and interactive websites, and real-time transaction systems for banks.

Furthermore, Eigen has good C++ compiler support, as we can run our test suite against many compilers to guarantee reliability and work around any compilation bugs. It is also standard C++98 and maintains very reasonable compilation times. Other than the standard CPP library, it does not have any other dependencies.

Dlib is for those who want to extend their C++ skills with machine learning algorithms and complex software. It is a modern and freely-available C++ library that can be used for real-world ML and complex algorithms. The Dlib library covers a wide range of applications which includes domains like robotics, embedded devices, mobile phones, and large high-performance computing environments.

In addition to machine learning algorithms, it also includes numerical algorithms, graphical model inference algorithms, image processing, data compression and integrity algorithms, and testing. This library comes with extensive, well-explained documentation that helps you get acquainted with its built-in features. As an added benefit, the documentation also features sample programs. 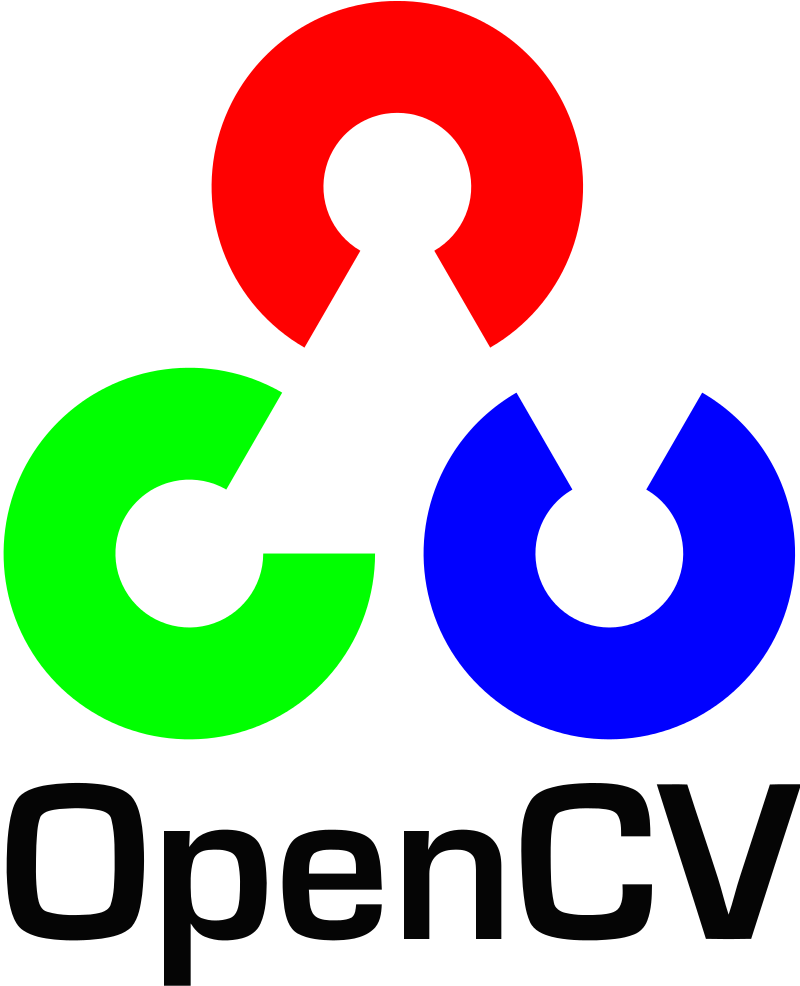 OpenCV, which stands for Open Source Computer Vision, is a well-known C++ library. There are, in fact, many high-level programming languages, such as Java and Python , that also provide support for the OpenCV library. It is a very powerful and open-source library that supports deep learning frameworks, the likes of Torch, TensorFlow and PyTorch . It is cross-platform compatible with Windows, macOS, FreeBSD, Linux, NetBSD, and OpenBSD.

Although mostly used for ML and deep learning , there aren't many C++ developers who use OpenCV, regardless of the fact that it is natively written in C++. It comes with many features that include 2,500 optimized algorithms for face recognition, object detection, object classification, 3D model extraction, image search, and much more.

With the help of POCO C++, you can build automation systems, industrial automation, IoT platforms, air traffic management systems, enterprise IT application and infrastructure management software, security and network analytics, automotive infotainment, and telematics applications. It is a modern library useful for creating HTTP RESTful APIs for the cloud backend and server that talk to SQL databases, MongoDB , or Redis.

Some popular features of this library include cross-platform, easy-to-use, modular and scalar, multithreading, database access, logging, and support parsing and creating JSON  and XML. 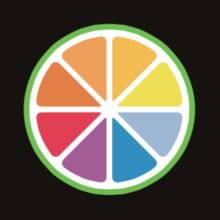 C++ has a GUI-based and open-source framework, JUCE, that can be used for the development of desktop and mobile applications. GUI provides the best way to write C++ source code that can be compiled and run identically on Windows, macOS, and Linux.

The JUCE framework gives its users direct support for user-interface elements, graphics, and audio, in addition to parsing XML and JSON , networking, cryptography, and multithreading. An integrated interpreter that mimics ECMAScript's syntax and various other commonly-used features is also available.

Another C++ library on our list is Cinder, which is used for creative coding and is designed around C++ 11 features. It includes various domains, such as video, audio, graphics, and computational geometry. It is cross-platform that supports macOS, Windows, Linux, iOS, and Windows UWP.

Some significant features of Cinder include a built-in API for JSON and XML parsing, native macOS and Windows screensavers, platform-native windowing and event handling, seamless I/O from flat files, memory, and networks, and multi-touch APIs for iOS, macOS, and Windows 7.

FloatX is a library for low-precision, floating point type emulation. You can not only call FloatX in CPP programs but also in Python and Fortran programs. With this header-only library, you can extend the floating point beyond single and double precision types.

Moreover, you will find template types that ask you to enter the number of bits for the exponent and some major parts of floating point numbers. FloatX is completely developed in C++ and is based on the FlexFloat library, which is developed in C and uses CPP wrappers. In addition, it provides a superset of FlexFloat’s functionalities. The only thing to remember here is that FloatX does not implement arbitrary floating point types.

oneTBB is an acronym for oneAPI Threading Building Blocks. It is a C++ library that offers a high level of flexibility and simplifies the process of adding parallelism to complex applications. You don’t have to be a threading expert in using this library.

With oneTBB, you can effortlessly write CPP parallel programs with the aim to benefit from multi-core performance fully. You will have a set of functions, classes, and interfaces that helps you in parallelizing and scaling code.

A few significant features of oneTBB include it is compatible with other threading libraries, relies on generic programming, enables users to implement parallelism instead of threads, and emphasizes scalable and data parallel programming.

mlpack is a reliable and fast header-only C++ machine learning library. It comes with bindings to other languages, such as Go, Julia, R and Python . It helps users implement a wide variety of machine learning models and functions similar to a "swiss army knife" for machine learning researchers.

This library has robust interfaces and is lightweight, which makes it ideal for deployment. In addition, you can use it for interactive prototyping through C++ notebooks.

Crypto++ is a free and open-source C++ library that consists of cryptographic algorithms and schemes. It is also referred to as CryptoPP, libcrypto++, and libcryptopp. It has its applications in non-commercial, open-source, student, and academic projects. Being cross-platform, it supports Windows, macOS, iOS, Android, BSD, Linux, and Solaris.

That sums up the 10 best libraries in c++, which you can explore if you are done with the standard C++ programming . All the libraries mentioned above are open-source, so you can download them directly from their official websites. Else, you can also use a C++ package manager, which could download the same for you.

A library is a pre-written code to accomplish a specific task. So, when we use a library in our programs, we need not have to write the code from scratch, which speeds up the development process.

It is a collection of a variety of functions and classes written in CPP. It consists of 1151 pages, where 430 pages include the language definition and 770 pages contain the standard-library description.