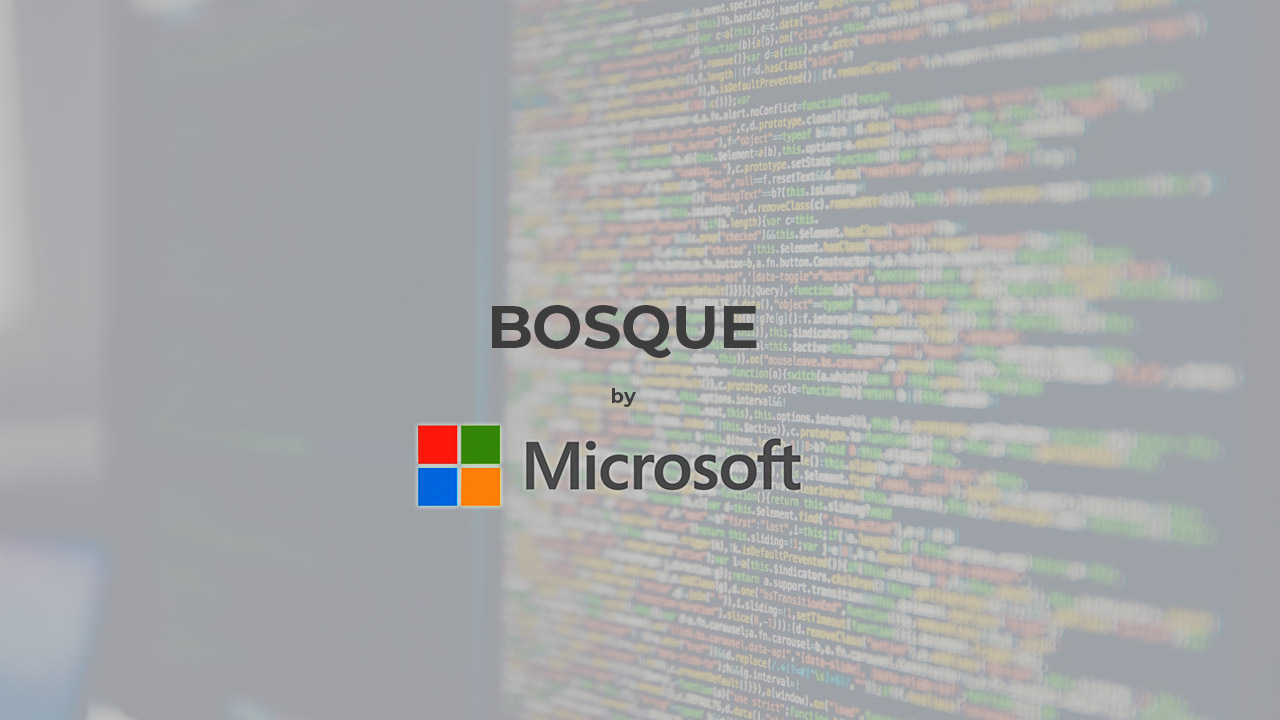 Microsoft has released it as an open-source programming language and the first publication of the language was done Mark Marron on 15 th April 2019 on the official website of Microsoft. In the overview, Mark Marron writes that “ The Bosque programming language is designed for writing code that is simple, obvious, and easy to reason about for both humans and machines”. Marron referred Bosque as “regularized programming” and believes that this will provide more productivity in the developer community, increase the quality of software and enable a second golden age of developments in compilers and developer tools. Some promising Features by Bosque:

There are many other code snippets on GitHub repo Currently, Bosque is focused on the core language designed which make it limited support with compilation and development. Though yet it is built for Windows only which demand some pre-requirements such as The LTS version of node.js for Windows(x64) and Typescript (install with:  npm I typescript -g). The Microsoft new Visual Studio Code IDE will come with the pre-support for the Bosque language and give .bsq extension to the Bosque files.

Some more details about Bosque Features

Yet Bosque is in its development process there are many documents to come regarding it. The Hype is getting by this language is because of its creator’s company Microsoft. The GitHub repo has a section for Bosque Tutorial but there is nothing, it is to release yet. Microsoft already have many popular languages such as C#, F#, TypeScript etc. let’s see how far Bosque go in the overview of Bosque Maron has said that it is inspired by the semantic of machine learning and maybe Bosque is a part of Machine learning projects of Microsoft. For more details of Bosque, you can visit the GitHub repo.