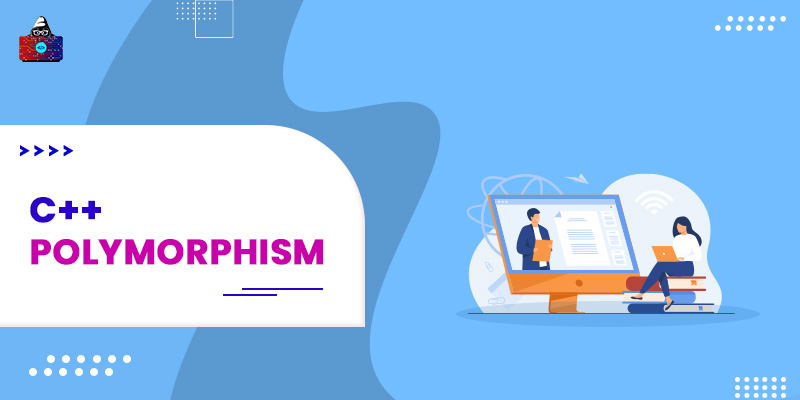 Polymorphism is one of the most important properties of Object-Oriented Programming, the word polymorphism is made by the combination of two Greek words Poly + morph, poly means “many” and morph means forms and its name resemblance its definition. Polymorphism concept state that there could be more than one function that shares the same name but have different functionalities and the concepts like function, & operator overloading and virtual functions are examples of Polymorphism. Real-Life Example of Polymorphism: A woman name Sofia is in a store and she could be mother, wife, and an employee at the same time, but what would be her real identity at a specific position defined by her working, for example, if she is working in the store she will be considered as the employee but if she at her home with her child then she will be treated like a mother, the same concept polymorphism follows, and here the compiler decides the identity or functionality of the object.

In C++ we have two types of Polymorphism.

It is also known as static polymorphism and Function and Operator Overloading are examples of Compile time Polymorphism. In this, the compiler selects the appropriate function at compile-time and all the memory allocation to the member function also occurs at the compile time.

If the Derived class has the same member function as the base class but with a different definition then it is known as Function overriding.

Virtual Functions are those functions which have a keyword virtual before their return data type. A virtual keyword is used to tell the compiler that allocates this function memory at runtime instead of compile-time and to create a dynamic binding we use the virtual keyword.