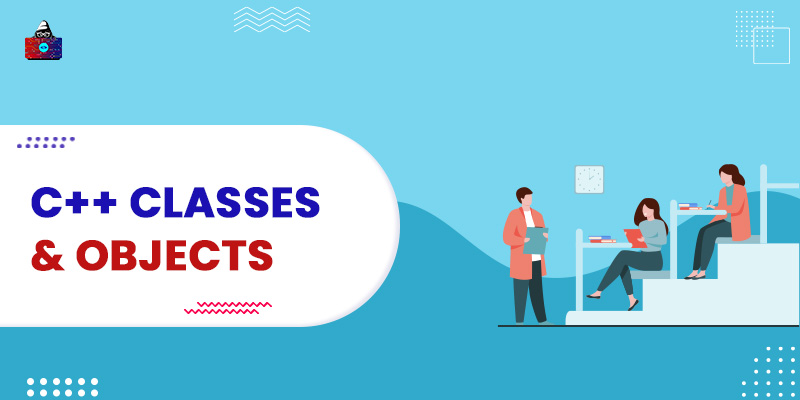 C++ is an extension of the C programming language, and the Object-Oriented Programming (OOPs) concept made C to C++. There are many properties of Object Orientation Programming and class & objects are the core fundamentals we use to implement the OOP’s concepts.

A class is a Data Structure and a building block that play an important role to implement the concepts of Object-Oriented Programming. It can represent a group of members, and it is a technique that helps to bind the data and functions which describe the class entity. Let’s understand the implementation of class with a real-world example, consider a bank_account as a class which can bind data such as account_number, account_balance, and account_type, the bank_account also bind functions such as cash_withdrawl and cash_deposite. Note : In class, the functions are known as class methods or just methods .

An object is the instance of the class. If we consider the bank_account example we can say that a bank account is a concept or blueprint which come in existence when a customer register for a bank account, similarly the class is also a blueprint which comes in existence when its object gets created. Like a bank can have multiple back accounts similarly a class can have multiple objects.

A constructor is the special class function member or method which execute automatically when the object of the class gets created.

Properties of the Constructor

Behind the Code In this, above example, we have created two objects of SignUp class sam and monika, and we are not calling the SingUp() function yet the statement cout<<"New user has been signed up\n"; is executing automatically, this signifies that every time a new object is created the constructor invokes automatically.

Destructor work opposite of Constructor, and it is used to delete the object and its properties.

Behind the code The compiler automatically called the destructor method ~Sample() when there is no need for object.