Python vs Java: Which is Better? 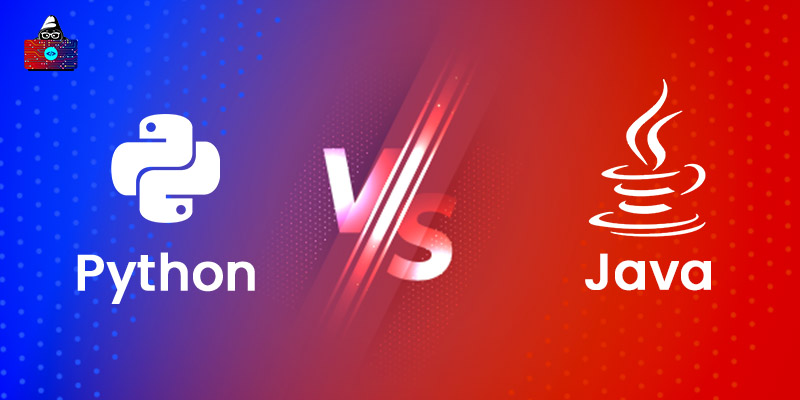 Python and Java are among the most popular and chart-topping programming languages. Both are battling to be in the top position, with Python making constant improvements in the past few years while Java continues to maintain its position.

This article will primarily focus on highlighting the key differences between Java and Python. But before that, we will walk you through a brief overview of Java and Python, with their features and downsides. So let us get started.

It is a high-level, general-purpose interpreted language. Guido Van Rossum first released Python 0.9.0 in 1991 as a replacement for the ABC programming language. Python 2.0 was released later that year, and it included garbage collection and list comprehension features.

Python 3.0 was released in 2008, and it was a significant revision of the language. Python 3.9.0 is the most recent version, and it includes a number of new features and optimizations. It is an open-source and free-to-use programming language licensed under the Python Software Foundation License. This language supports a wide range of programming principles, including object-oriented, procedural, structured, reflective, and functional.

Code readability is the core feature of the Python language, as it eliminates the use of complex symbols like curly braces to delimit blocks and semicolons after statements. Instead, it uses whitespace indentation. In addition, the syntax of Python is easily readable and understandable as it includes simple English keywords.

Some of the notable benefits of Python are:

Some of the downsides of Python to take into consideration are:

It is also a high-level, object-oriented programming language. It is a class-based language, i.e., inheritance in Java is implemented using classes and objects rather than using objects alone. It is a free and open-source language designed by James Gosling at Sun Microsystems and first released in 1995. The latest version of Java is Java 17, and the current long-term support (LTS) versions of Java are Java 8, 11, and 17.

Java supports multiple programming paradigms, like functional, object-oriented, generic, concurrent, reflective, and procedural. WORA, or Write Once, Run Anywhere, is one of Java's best features. It allows you to write and compile Java code on one Java-supporting machine and run it on other Java-supporting machines without recompiling. This is accomplished by compiling Java code into bytecode similar to machine code, which is then executed at runtime by a Java Virtual Machine (JVM).

Following are some significant advantages of Java:

Here are some drawbacks of Java to consider.

Python vs Java: A Head-to-Head Comparison

Here is a table that shows some major differences between Java and Python.

Examples of Java and Python Program

Best Language for the Beginners Python or Java?

Most of the time beginners have a huge confusion that which programming language they should choose Python or Java so that they can imagine their bright career from it. If you will compare the real-time scenario, then both the languages are doing great in their specific field.

Python is also an old language like Java, but in past few years due to the increase in AI technologies, it hyped the use of python. It’s not like Java cannot do all those things that Python can do; even Java can do more than what Python can. Due to the simplicity and easy syntax of Python; Python is giving a hard fight to Java.

So it’s cool to choose Python as your first language. But when you try to move from Python to other languages like Java and C++ or PHP. You will find it hard to understand the syntax. Java is not the best language for the beginner, but you can choose it as your 2nd Programming language, and if you want to choose Python as your first programming language, you are free to opt for it.

Both Python and Java are great in their own ways. Python is ideal for beginners as it has an uncluttered syntax that uses simple English keywords. On the other hand, Java is a perfect option for those wishing to develop enterprise-level applications, games, and mobile applications.

Hopefully, we have covered all the major differences between Java and Python in this article. We recommend you choose either of these two languages, depending upon your project needs.

Mostly, individuals prefer Python first as it is a more simple and easy-to-understand language than Java. After learning Python, you will find Java easy to learn and can expand your skillset.

Yes, Python is the top programming language according to the TOIBE Index July 2022. Python experts are sought-after by organizations and companies. So, if you learn and champion Python, you will definitely land a great job.

Python offers a wide range of job prospects. You can opt for various job roles in Python, such as a Python developer, Software engineer, Research analyst, Data analyst, Data scientist, and software developer.