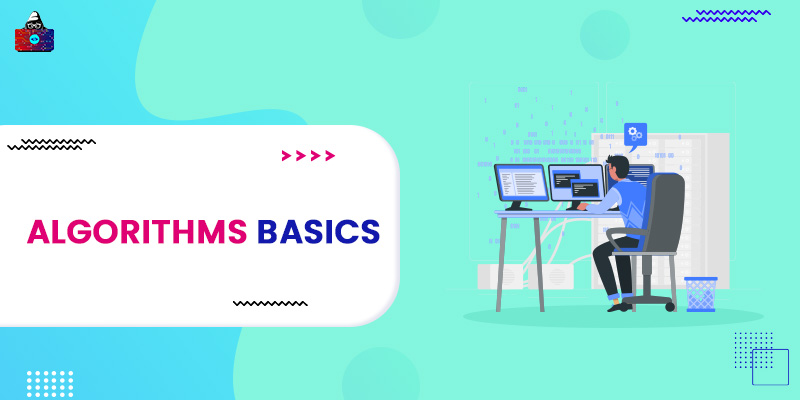 An algorithm is the steps taken to solve a problem, a problem can be solved using various steps or algorithms. In the programming world, we refer algorithm to represent codes which are capable of giving a proper solution, with the help of code we instruct the computer so it can work according to the code. There are 5 main types of algorithms we often implement on a data structure.

In searching, we try to make an algorithm that capable of searching a specific element from the data structure.

With update algorithms, we can update or edit the elements already present in the data structure.

Delete algorithms can delete specific or random elements from a Data Structure.

Characteristics of a Good Algorithm

To Solve a problem there could be many procedures, to be a good algorithm there are some characteristics to follow.

The algorithm must be unambiguous and lead to a proper result, every step must give a proper meaning. In Algorithm, there should not be a single executable statement which has nothing to do with the result.

Input depend on the type of problem we are solving, so if the problem demands on user-defined input the algorithm must have input in it.

There must be a limited and finite number of steps in an Algorithm. The last step must be capable of giving an appropriate answer.

The Algorithm must be feasible, mean it could be implemented using code.

The algorithm must be capable of giving the appropriate result.

How to write an Algorithm?

We analyze an algorithm to check the efficiency, there are two phases where we can analyse an algorithm, after and before implementation also known as Priori and Posterior Analysis.

The Space complexity of an Algorithm deals with the amount of memory space occupied by the algorithm if it will be implemented using a specific language. If two algorithms have the same time complexity then the algorithm occupying less space in the memory would be considered as a better algorithm.