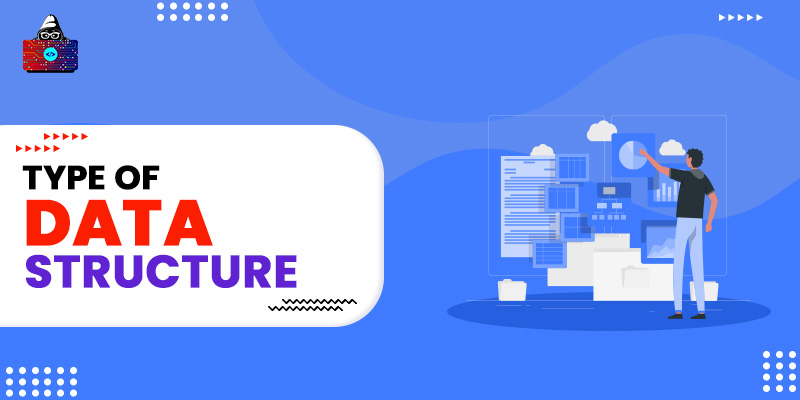 In programming, we use so many types of data structures to provide a proper structure to our data. A data structure is basically used to collect and organize the data on which we are going to perform the operations. For example, we all know what is an array, it is one of the most-used data structures.

We use arrays to collect similar data types and organize them in a linear structure. In a programming language, we require different types of data structures in order to make an effective program.

Similar to object-oriented programming , we use a class to store different kinds of data types and functions (methods). There are so many data structures present in the programming world. Here, we are going to discuss them.

Primitive data structures are further classified into the following types:

We can classify all non-primitive data structures into the following categories:

There are 3 types of Non-Primitive Data Structure:

In the linear data structure, elements are stored in a sequential manner. Myth-buster, their name doesn't that they store elements in a linear or contiguous memory location.

The linear data structure is further divided into 4 categories:

In a non-linear data structure, the storage of elements doesn't follow a sequential order.

A file is a collection of records. Using a file we can store data in the .txt format. Many programming languages come with a built-in file handling structure. We can perform read, write, and append operations on files, so we could add and retrieve data from them.  The file is the easiest method of creating and retrieving data, but it is not productive when it comes to handling a huge amount of data.

Data structures are the most important part of a programming language and during tech interviews, the favorite topic of the interviewer. That's probably because the ability to choose the right data structure is one of the vital skills a programmer should possess. In a big project or furthering development with a project, especially dealing with huge amounts of data, developers who have complete knowledge of all basic data structures and are able to manipulate them in order to make them more efficient, are preferred the most.